A total of 44 African nations signed the landmark African Continental Free Trade agreement earlier this year, with only 12 out of the required 22 countries ratifying the accord, but policy makers say there is time enough – and practical solutions – to move the process ahead.

The African Continental Free Trade (AfCFTA) area aims to create a single continental market for goods and services, with free movement of business persons and investments, and thus pave the way for accelerating the establishment of the Continental Customs Union and the African customs union.

African countries could use the time in the run up to March 2019, the deadline for ratification, to strengthen their capacity in the legislative and tariff instruments required for the process and other “low hanging fruit” measures, presenters at a panel session during the African Economic Conference, currently underway in Kigali Rwanda, told delegates.

“We have learned a lot of lessons,” Dr. Trudi Hartzenberg, Executive Director of the Trade Law Centre said. “We have a window to build capacity… most implementation is done at national level…there is lot that existing (free-trade areas) can bring,” she said.

The signing of AfCFTA, with its potential to create the largest free-trade area in the world – uniting fifty-four African countries with a combined population of more than one billion people and a combined gross domestic product of more than $3.4 trillion – has also engendered much debate about the challenges of harmonizing disparate tax, fiscal and regulatory regimes as well as the varied socio-political make-up of nations on the continent.

But Rwanda, which has taken bold leadership of the integrate Africa agenda, argues that the benefits outweigh the losses.

Noting that Rwanda was one of the first countries to sign AfCFTA, the country’s Minister of Trade and Industry Soraya Hakuziyaremye, one of the panelists, said it was imperative for the country to champion regional integration and African integration.

“We understand the benefit,” she said, adding that she preferred using the term “land-linked,” rather than landlocked, to describe her native Rwanda.
“Africa cannot afford not to be part of a larger bloc advocating for a common market,” she said.

The Minister and Hartzenberg were part of a panel entitled “What next after the Launch of AfCFTA?”.

The experts looked at the costs of integration: the downside for smaller economies and the absence of Nigeria – Africa’s largest economy.

“Nigeria is the big elephant in the room,” Oyidije said. According to the professor, although Nigeria had always led Africa in regional integration, in the case of AfCFTA, “the costs are too high relative to the benefits.”

Returning to the topic of the March 2019 ratification deadline, Hartzenburg said it would serve as a good time for countries to “take advantage and prepare a comprehensive implementation strategy with detailed work plans.”
“Expectations are high the private sector is waiting,” she said. “We should not hold back in terms of preparatory work for implementation.”

Raising the issue of freedom of movement, Hakuziyaremye said it was a vital component for integration and possible to implement if the will was there.
African countries currently attracting the most Foreign Direct Investment, including Rwanda, have a robust visa openness policy, the Minister said. Rwanda announced at the beginning of this year, an entry visa on arrival for travelers from all African countries.

Prior to the panel session, there was a short presentation of the Africa Visa Openness Index 2018, which measures how open African countries are when it comes to visas by looking at what they ask of citizens from other countries in Africa when they travel.

This year’s report, authored by the African Development Bank and the Africa Union Commission, has already been published via an online launch on 27 November.

Thousands of African youths yearning to study, tour and travel across the continent, can only do so if they can move freely, Jean-Guy Afrika, a Principal Policy Expert at the African Development Bank said.

Highlights of the 2018 Visa Openness Index, revealed improvement in the ease of movement across the continent. 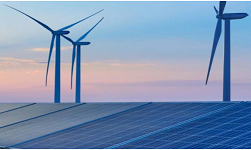 Experts to reflect on sustainable industrialization in Africa