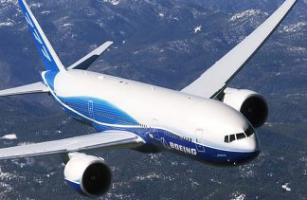 Ethiopian Airlines and Boeing announced a commitment to purchase two 777 Freighters at the 2017 Paris Air Show, valued at $651.4 million at list prices.

The airline also announced an order for 10 additional 737 MAX 8 airplanes. The 10 737 MAX options being exercised were part of a deal signed in September 2014, completing the largest ever order for the 737 MAX in Africa.

Ethiopian now has firm orders for 30 737 MAX 8s. The order was previously attributed to an unidentified customer on Boeing’s Orders & Deliveries website.

“Building one of the largest cargo terminals in the world and operating newgeneration, high-performance aircraft reflects our commitment in expanding and supporting the exponentially growing imports and exports of our country in particular and the African continent in general. The commitment to purchase 2 B777 Freighters is expected to boost the Ethiopian Cargo & Logistics Services,” said Tewolde GebreMariam, GCEO of Ethiopian Airlines.

“The 737 MAX will form a key component of our strategic roadmap, vision 2025, enhancing our single-aisle fleet and keeping us at the forefront of African aviation. This is a continuation of the longstanding and commendable business partnership we had established with Boeing.” The 777 Freighter, the world’s longest-range twin-engine freighter, is based on the technologically advanced 777-200LR (Longer Range) passenger airplane and can fly 4,900 nautical miles (9,070 kilometers) with a full payload of 112 tons (102 metric tonnes or 102,000 kg).

“We are also delighted to be able to announce an additional order for 10 737 MAXs. This order is a continued endorsement by Ethiopian of the 737 MAXs efficiency, range, reliability and operating costs.”

The 737 MAX incorporates the latest technology CFM International LEAP-1B engines, Advanced Technology winglets and other improvements to deliver the highest efficiency, reliability and passenger comfort in the single-aisle market.

The 737 MAX is the fastest-selling airplane in Boeing history, accumulating more than 3,700 orders from 87 customers worldwide. Ethiopian Airlines (Ethiopian) is the flag carrier of Ethiopia. During the past seventy plus years, Ethiopian has become one of the continent’s leading carriers, unrivalled in Africa for efficiency and operational success, turning profits for almost all the years of its existence.

Operating at the forefront of technology, the airline has also become one of Ethiopia’s major industries and a veritable institution in Africa. It commands a lion’s share of the pan African network including the daily and double daily east-west flight across the continent. Ethiopian currently serves 100 international and 21 domestic destinations operating the newest and youngest fleet.

The Boeing 777’s unique combination of superior range, outstanding fuel efficiency and passenger-preferred comfort has created long-range success for carriers around the world, according to Boeing. “The 777-300ER now gives operators a perfect opportunity to extend that success. Recent upgrades further reduce costs and boost revenue, and the 777’s flying experience is still number one with passengers,” the company says.