The total number of vehicles Ethiopia has imported and registered last year (the fiscal year ended July 7, 2019) has surpassed the amount the country imported the previous year by 30,834 vehicles.

The country has imported a total of 135, 457 vehicles during Ethiopia’s fiscal calendar ended July 7, 2019, according to the statistics obtained from the federal ministry of transport. The figure is 30,834 higher than the total amount of vehicles the country has registered the previous year. 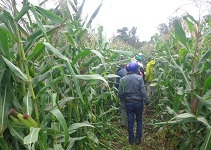