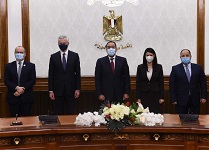 Egypt has signed €1.7 billion worth of deals with France to finance projects in the transportation, infrastructure, electricity and wholesale sectors, the cabinet said on Sunday.

About €776 million will come from the French government and €990 million from France’s development agency (AFD) out of the €1.7 billion deal, the cabinet said.

Projects announced on Sunday by the cabinet include sanitation stations as well as a number of railway projects, including the provision of 55 new cars for the Cairo metro’s oldest line and the construction of a railway line between Aswan in southern Egypt and Wadi Halfa in neighboring Sudan.

In May, France announced a €4 billion euro deal to deliver 30 Dassault warplanes to Egypt beginning in 2024, strengthening ties with what it considers a vital partner in fighting Islamist militants. 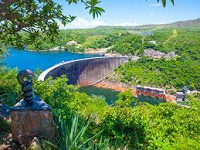