Pierre Guislain, AfDB Vice-President for Private Sector, Infrastructure and Industrialization, made this call at the third ICAO World Aviation Forum in Abuja.

The Bank has also reiterated its commitment to partner with stakeholders to boost the continent’s aviation sector. Guislain emphasized the critical role aviation can play to boost economic growth by integrating the continent’s fragmented markets.

“In the past ten years, AfDB has provide about $1 billion to the African aviation sector.  We have invested in airport construction or expansion in Morocco, Tunisia, Cape Verde, Ghana or Kenya, and in the improvement of air safety and navigation in the Democratic Republic of Congo (DRC) and West and Central Africa,” he stressed.

“We have also provided financing for aircraft acquisition by Ethiopian Airlines and Air Cote d’Ivoire.”

Despite Africa’s fragmentation with major economic centres geographically far from each other, the low level of connectivity and absence of significant airline hubs remains a real challenge for business people and ordinary Africans, he observed.

“We all know that travelling in Africa remains inconvenient and costly. Today, a two and half hour flight from Lilongwe and Johannesburg costs 3 times more than a similar flight from Rome to London, for example,” he noted.

The AfDB VP considers private sector financing and investment as critical and canvased a level playing field where there is an open and reliable access, as well as private airlines competing with state-owned operators.

Liberalization of the aviation industry can spur regional integration and trade by bridging the 54 fragmented African markets, he noted.

According to the AfDB, the African aviation industry is hampered by high costs. Therefore, sustained growth of the sector would require a tough look at ways to cut costs related to high taxes, fees and charges and airport levies.

They also include high costs especially for airlines, due in part to higher country and company risk as well as the small size of many African airlines.

Nigeria’s Minister of State for Aviation, Hadi Sirika, described aviation as the way to go to foster economic development.

The AfDB is partnering with the Nigerian government, the African Union Commission (AUC), and the New Partnership for Africa’s Development (NEPAD) Agency to co-host the third ICAO World Aviation Forum from 20-22 November in the Nigerian capital. 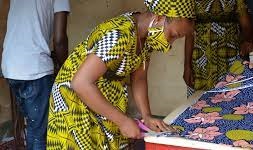