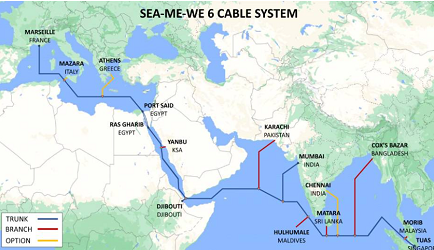 Djibouti Telecom said it has joined the SEA-ME-WE 6 Submarine project, the construction of the South East Asia-Middle East-Western Europe 6 is set to start soon.

The South East Asia-Middle East-Western Europe 6 cable system have a capacity of 100 Terabyte per Second and is using the latest DWDM technology which will provide low latency, to meet to the exponential needs of customers.

During the past 10 years, Djibouti Telecom have invested over $250 million in new Submarine Cables and Terrestrial Networks to deal with the explosion of Internet traffic in Africa, which is increasing tenfold every five years.

“With the new investment in SEA-ME-WE 6, Djibouti Telecom is building a real digital platform for the region”, commented Mohamed Assoweh Bouh, Director General of Djibouti Telecom. “Today, Djibouti is a real African hub for Internet traffic,: he said.

Djibouti Telecom SA is Djibouti’s main telecommunications company, providing landline, mobile, and internet services. The company is headquartered in Djibouti City. Djibouti Telecom was founded in 1999 and has established itself as a regional hub responsible for providing a comprehensive portfolio of voice, data/IP, and capacity services over a state-of-the-art network infrastructure that spans Europe, the Middle East, and East Africa. 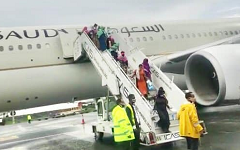