Discussing with the leaders of opposition political parties, the reformist Prime Minister of Ethiopia Abiy Ahmed stated that the recent arrest is not targeting any specific people or tribe.

The action is targeting individuals and groups engaged in human rights violations, grand corruption and organized theft, he said speaking to opposition party leaders a week ago.

“For instance, in our ongoing respect for the rule of law we focused on three issues. 1st – Human rights, 2nd – corruption and 3rd intentional organized theft (systematically organized and implemented theft / robbery). When we talk of human rights, police and intelligence institutions are the core. Why do we deal with the police? Because we want the current police to do its job properly knowing that they will be accountable one day for everything they are doing now,” he said during the November 30, 2018 discussion with all members of opposition party leaders.

Following the crackdown on corruption and violators of human rights mainly on those who were in the leadership of intelligence ad police, some Tigray Peoples Liberation Front (TPLF) leaders have been claiming that the arrest has targeted only a certain ethnic group.

Dr. Debretision Gebremichael, chairperson of the TPLF recently said: “The arrests… targeting individuals accused of corruption and human rights has veered from course and is being used to bring Tigrayan people to their knees”.

TPLF, which represents not more than 5% of the total population of Ethiopia, has been the dominant party within the ruling coalition the Ethiopia Peoples’ Revolutionary Democratic Front (EPRDF) for the past 27 years.

“If the intelligence head is from Tigray, the deputy is either from South or Harrari or Oromo. There is no such thing from one tribe. This is wrong. The same with the police. If METEC boss is from Tigray, his deputy General is from Oromo and the other is from Amhara. If there is something implemented deliberately only on a certain area in the name of justice, it will be about the turn of one winner and doesn’t assure sustainable peace and we don’t believe in such approach,” Prime Miister Abiy said.

“But this is the nature of criminals. They always look for a hiding place. None of these criminals (There is no one from these criminals who) have stolen or tortured for the sake of the people he comes from or the tribe he came from. His tribe is not interested to robe or torture. Without consulting his people when he tortures and when he removes nails of individuals, when you tell him that removing nails of human being [prisoners] is a crime, he says, “because I am from this tribe”. This is not right. This is [the attitude] a very dangerous thing. Even under such circumstances, we focused on core criminals,” he said.

Last Saturday the TPLF has organized a demonstration opposing the reform led by Prime Minister Abiy Ahmed in Mekele, Tigray Region. Tigray is currently a hiding place for some of the TPLF members accused of crimes against humanity and grand corruption including the former intelligence head, Getachew Assefa.

After Abiy Ahmed, who is from the Oromo Democratic Party (ODP), which is one of the four members of the ruling coalition took the leadership in March 2017, it didn’t took long for some TPLF leaders to automatically become opposition of their own coalition – EPRDF.

Reports show that during the last 27 years of TPLF-dominated EPRDF regime, Ethiopia has been criticized for violations of human rights by many international right groups such as Human Rights Watch, Amnesty International and Committee to Protect Journalists (CPJ), among others.

The documentary aired last night on state TV channels also shows that the intelligence has been committing unspeakable crimes against prisoners, mainly from the Oromo, Amhara and the Somalia ethic groups, in secrete jails and the famous torture house known as Meakelawi found in Addis Ababa.

Latest reports also revealed that systematically executed grand corruption, organized crimes has also made tycoon some people tribally and politically connected to the TPLF and hide billions of dollars abroad.

While a total of around 1.8 trillion birr (around $65 billion at the current exchange rate) is embezzled over the last 27 years making Ethiopia one of the highly indebted countries in the world with around $24 billion external loan.

“We didn’t brought them to court in mass because we believe that handling most of it through reconciliation is better. You have to be conscious of this. If it is necessary we have a lot of evidences, it is possible to talk about it. But we preferred to keep some of the evidences because we don’t want those evidences to take us to unnecessary direction as a result of our (society) consciousness level. Unless we see this and learn, we don’t change and the coming generation will also do that same. We have to stop ruling the country by torturing human beings,” Prime Minister Abiy told the opposition leaders. 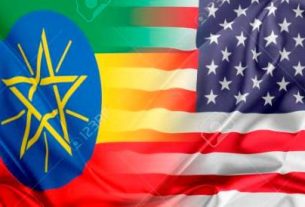 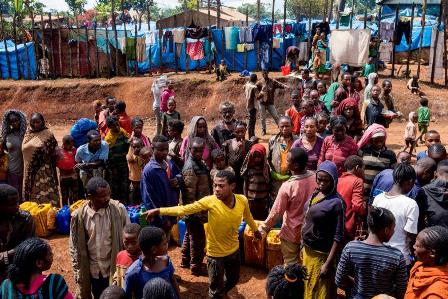 Internally displaced in Ethiopia since 2019 are returning to their homes: Ministry