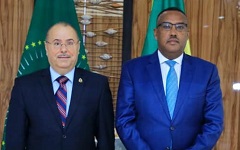 The Government of Ethiopia Ethiopia expresses its dissatisfaction with Arab League’s unfair stance in the Grand Ethiopian Renaissance Dam.

The dissatisfaction is expressed on Monday by Deputy Prime Minister and Foreign Affairs Minister of Ethiopia Demeke Mekonnen who met the outgoing Jordan Ambassador in Ethiopia. He said the Nile is a common resource of all riparian countries and Ethiopia has the right to equitably utilize its water resources, according to the information from the Ministry of Foreign Affairs of Ethiopia.

He also said that Jordan was expected to play a positive role as a friendly country in this regard.
Ambassador Wafi Ayaad said the efforts made to strengthen the multi-faceted relations between the two countries have yielded positive results, adding that the launch of the Ethiopian Airlines direct flight to Jordan will further strengthen the relationship. 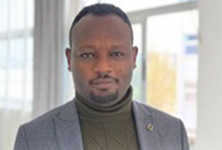