South Africa’s Rand Merchant Bank (RMB) new report, ‘Where to Invest in Africa’, listed Ethiopia among the top 10 African countries to invest in 2019.

“It is time for investors to seize business opportunities offered by landlocked Ethiopia as the country seeks to recover its past glories and improve its economy…There are significant changes in the top 10 African countries to invest in and some warnings for the future economic outlook across the continent,” said the report.

“Despite significant socio-political instability negatively impacting the country’s business environment and investment potential, Ethiopia has jumped up one spot into fourth as compared to fifth in the previous sixth and fifth publications. If stability came with economic progress, the now East African largest economy could have ranked higher. As a result of Ethiopia’s economic gains, Kenya has lost its placing as East Africa’s largest economy and moved down to sixth on the investment ranking,” the report said.
However, Kenya is still be one of the continent’s strongest economies, but it comes with frailties that highlight many of the key issues facing African nations: corruption, ethnic divides political instability and rising debts, according to the report. 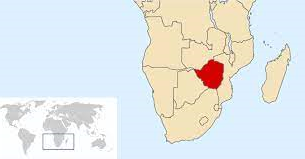