The Holmes Group is partnering with the African Public Relations Association is set to launch its first ever African SABRE Awards. The competition is now open for entries, and the winners will be recognized at a gala dinner during the 2017 APRA conference, which will take place in Marrakesh, Morocco, next May.

The SABRE Awards, which recognize Superior Achievement in Branding, Reputation & Engagement, have a 25-year heritage, with separate competitions in North America, EMEA, the Asia-Pacific, Latin America, and South Asia. The winners from those regional competitions are eligible for the Global SABRE Awards, which recognize the best PR campaigns from more than 5,000 entries around the world.

In addition, the winners from the African SABREs will be entered automatically into consideration for the EMEA awards, which will continue to include an African category—and to accept African entries in all categories.

According to Paul Holmes, who chairs the SABRE judges: “We have seen some exceptional public relations work from Africa in our EMEA SABRE competition in recent years, proving that the best African campaigns are just as strategic, just as creative, and just as effective as work from Europe’s largest and most sophisticated markets. Now is the time for Africa to have its own competition so that we can see even more of that great work.”

APRA president Yomi Badejo-Okusanya adds: “The African Public Relations Association is delighted to have partnered with The Holmes Report to launch the SABRE Awards Africa.  Recognition of the quality of work being produced across the continent is important, not only to industry players, but also to clients.  We are firm believers that recognition inspires continuous improvement and encourages a continued focus on skills development which is a main driver for APRA.” 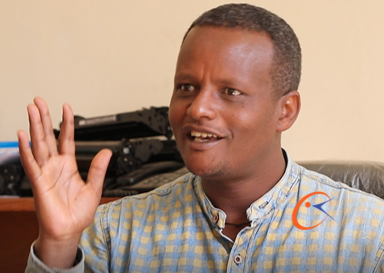