It will be hosted during the first week of February 2019. In recent years hotel investment is booming in Africa, according to the organizer, Bench Events, which is the premier hotel investment conference in Africa.

“Hotels are core infrastructure because they are essential to attracting tourists and business people who come with foreign currency to spend and invest.

“…Because the number of hotels per head of population is a tiny fraction of what it is in highly-developed western economies, the growth in hotel development across Africa has consistently outstripped general economic growth – which in many African countries is currently higher than much of the rest of the world.”

Imad Barrakad, CEO, the Moroccan Agency for Tourism Development (SMIT), said: “…As I fully expect the Forum will attract the kind of people who have the influence and resources to make a destination successful. At FIHA, we will be engaging with them and making a compelling case for further investment in the hospitality sector here.”

Morocco makes four strong arguments to attract investors. First, the country has a stable political and economic climate. Second, it is strategically-located, within a three-hour flight of the major European capitals and seven hours from Dubai, Moscow and New York. Third, its laws are investor-friendly, with no restriction on land ownership or repatriation of profits and fourth, it has robust infrastructure, including a major hub airport in Casablanca.

Tourism is central to Morocco’s economy. The World Travel & Tourism Council (WTTC), reports that tourism represented over 21.5% of Morocco’s exports in 2017 and forecast it to grow by 4.2% per annum over the coming decade. From an inbound tourism perspective, Morocco in general and Marrakesh in particular, have experienced a strong start to the year, with occupancy and room rates substantially up on the equivalent period in 2017, according to STR, the leading provider of data and analytics for the global hotel industry.

A recent economic study by Grant Thornton revealed that hosting AHIF brings, on average, a million dollars in direct benefit to the local economy, an additional 1.4 million dollars in indirect benefit and a substantial six-figure sum in tax to the government. Jonathan Worsley, Chairman of Bench Events, is keen to make a similar impact with FIHA. He said: “I’m delighted we are taking this step. Until now, the strongest interest in hosting AHIF has come from countries in Sub Saharan Africa, but with increasing interest emerging from North and West Africa, it makes sense to launch another premium hotel investment conference event with a different geographic focus. Since announcing the plan, we have received immediate interest and already have sponsorship commitments from the Moroccan Agency for Tourism Development (SMIT), AccorHotels and Louvre Hotels.”

Bench Events has previously run investment events in Morocco and in West Africa. The first edition of AHIF took place in Casablanca in 2011 and Bench Events staged the Morocco Tourism Investment Forum in 2013. Three years later, there was a special edition of AHIF in West Africa, coinciding with the opening of what was then the new landmark Hotel 2 Fevrier in Togo’s capital Lomé. 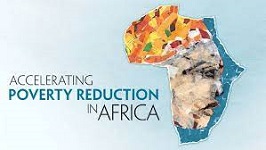 ECA to scale up assistance on poverty, vulnerability reduction

Why China needs to redefine its engagement with Africa 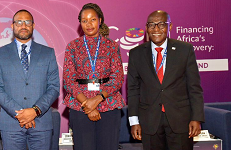