The 11th African Economic Conference (AEC) wound up in Abuja, Nigeria on Wednesday, after three days of intensive discussions on how African countries can achieve agro-allied industrialization.

“This should not just be another conference. There has to be some key actions going forward, deploying agriculture to spearhead Africa’s economic transformation,” Ousmane Dore, the Resident Representative of the African Development Bank’s Nigeria Country Office, said as he closed the meeting.

Dore highlighted the Bank’s operations in Nigeria, a huge agriculture portfolio including the ENABLE Youth programme, which is assisting young graduates, or “agripreneurs”, to venture into a variety of agri-businesses. The theme of the conference was timely, he said.

Commenting on the outcomes, Adam Elhraika, Director of Macroeconomic Policy Division of the UN Economic Commission for Africa (ECA), urged participants to share the excitement and important messages that emerged from the conference with partners and governments in order to ensure their implementation.

For his part, Ayodele Odusola, Chief Economist and Head of the Strategy and Analysis Team for UNDP’s Regional Bureau for Africa, said the theme of the conference was in tune with the African Union’s 2063 agenda as well as the UN’s Sustainable Development Goals. He echoed the sentiments of the Conference that agro-allied industrialization would lead to the attainment of Africa’s ultimate development objectives.

Opening the conference earlier, Nigeria’s Vice-President, Yemi Osinbajo, commended the theme and the high-level participation in the conference, adding that the Government looks forward to the outcome of its deliberations “as it would be very useful as we design our new economic recovery plan where agro-industrialization will certainly play a key role.”

AfDB President, Akinwumi Adesina gave a keynote speech in which he underscored the fact that agriculture, which contributes over 28% of Africa’s GDP, holds the key for accelerated growth, diversification and job creation for African economies and its people.

“Agriculture provides the basic raw materials needed for industrial development. Food accounts for the highest share of consumer price index and providing cheap food is critical for taming inflation. When inflation is low, interest rates decline and it brings greater private sector investments. A more productive, efficient and competitive agriculture sector is critical for boosting rural economies, where the majority of the population live in Africa,” Adesina said. “The future of Africa depends on agriculture.”

Two research papers claimed the top positions in the final review by the conference organizers. The first position went to Mintewab Bezabih of the UK School of Economics and Political Science, Remidius Ruhinduka of the University of Dar es Salaam, Tanzania, and Mare Sarr, University of Cape Town, South Africa, who presented their work on “Climate change perception and system of rice intensification (SRI) in Tanzania: A moment approximation approach. While the second position went to a paper titled “Greenhouse Gas Mitigation in the Agricultural Sector: Win-Win or Trade-Off among Small Farmers from West Africa” written and presented by Tiertou Edwige Some of Université Cheikh Anta Diop, Senegal; and Bruno Barbier of the Centre de Recherche d’Économie Appliquée (CREA) in Senegal. 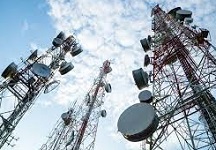