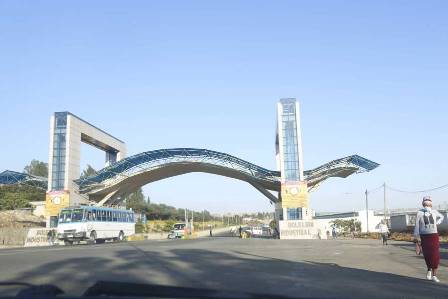 During the occasion, Bole-Lemi Industrial Park Manager, Tinsae Yimamu told journalists that the Park has secured 44.5 million USD from export during the concluding Ethiopian fiscal year.

The Industrial Park  obtained the foreign currency by exporting its products to the international market, he said.

The industrial park,  mainly engaged in garment sector,  has created jobs for some 18,000 people, the manager added.

The manager further pointed out that houses have been built to the workers of the park in collaboration with investors.

Currently, there are 13 industrial parks in several parts of Ethiopia. (ENA)