At least 550,000 babies are thought to have died as a result of armed conflict between 2013 and 2017 in the 10 worst-affected countries, according to new analysis by Save the Children — an average of well over 100,000 every year.

Afghanistan, Yemen, South Sudan, the Central African Republic, the Democratic Republic of Congo (DRC), Syria, Iraq, Mali, Nigeria and Somalia are the countries where children were hardest hit by conflict in 2017.

The infants succumbed to indirect effects of conflict and war such as hunger, damaged infrastructure and hospitals, a lack of access to health care and sanitation, and the denial of aid. They probably would not have died if they hadn’t been living in areas affected by conflict, Save the Children says.

The total deaths from indirect effects jump to 870,000 when all children under the age of five are included. While imperfect, the estimates may be conservative, according the charity.

By comparison, Save the Children has estimated from available data that in the same five-year period almost 175,000 fighters were killed in the conflicts.

The numbers of indirect child deaths are published in a Save the Children report, Stop the War on Children, launched ahead of today’s opening of the Munich Security Conference.

For the second year in a row, the report includes the most comprehensive collection of data on the number of children living in conflict-affected areas.It reveals that more children— almost 1 in 5—are living in areas affected by armed conflict and war than at any time in more than 20 years.

30 million up
New research commissioned by Save the Children, found that 420 million children were living in conflict-affected areas in 2017 (18% of all children worldwide)—up 30 million from the previous year.

The research is conducted by the Peace Research Institute Oslo (PRIO), which has been conducting research on peace for over half a century.

“The number of children being killed or maimed has more than tripled, and we are seeing an alarming increase in the use of aid as a weapon of war. It is shocking that in the 21st century we are going backwards on principles and moral standards that are so simple – children and civilians should never be targeted,” said Helle Thorning-Schmidt, CEO of Save the Children International.

Part of the reason for the increased number of children living in conflict-affected areas is that today’s conflicts are more likely to be protracted, urban and fought among civilian populations. Increasingly, international rules and norms are flouted.

The Stop the War on Children report includes a breakdown of UN data on verified grave violations against children. According to these figures, grave violations rose worldwide from just under 10,000 in 2010 to more than 25,000 in 2017—the highest number on record.

Every day children face the threat of being killed or maimed, recruited by armed groups, abducted, falling victim to sexual violence, seeing their school attacked or humanitarian aid denied. In many cases, children are specifically targeted.

Save the Children’s report also highlights how efforts to keep schools safe, avoid the use of certain weapons, seek accountability for crimes against children or pursue new ways to support their recovery from the horrors of conflict can make a huge difference in their lives.

Save the Children is also calling for an independent body to investigate and analyse all violations of international humanitarian law and of human rights, notably children’s rights. 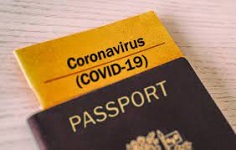