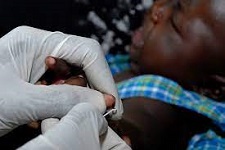 African countries mark the third anniversary of the Zero Malaria Starts with Me movement.

Launched by the African Heads of State and Government in 2018, the campaign is now operational in 20 countries, reinvigorating existing political commitment, accelerating action, mobilizing resources and increasing accountability to eliminate malaria in Africa by 2030.

Since the launch of the Zero Malaria Starts with Me movement, significant progress has been made, with millions in additional domestic resources raised to fight malaria despite the negative impact of COVID-19 across the continent.

The continent-wide campaign, led by countries and jointly coordinated by the African Union Commission and the RBM Partnership to End Malaria, has achieved quick results including ensuring increased domestic resources for malaria. Through engagement among leadership at all levels, the private sector and civil society, the campaign brings together grassroots and multi-sectoral action to ensure that everyone plays a role in ending malaria.

For example, Rwanda, Tanzania, Zambia and Cameroon have recently increased their domestic resource commitments. Nigeria has secured resources from the World Bank (US$200 million) and the Islamic Development Bank (US$100 million) to fill key gaps in its national response.

Increasingly more African countries are establishing End Malaria Councils and Funds, which are vehicles to engage all stakeholders and mobilize in-kind and financial resources to close existing funding gaps. To date, countries including Kenya, Zambia, Mozambique, Eswatini and Uganda have launched national End Malaria Councils and Funds, with a total of 15 projected to be established before the end of 2022, in line with HE President Uhuru Kenyatta’s legacy goals as Chair of the African Leaders Malaria Alliance (ALMA).

Key achievements of End Malaria Councils and Funds to date include:

Zambia: Mobilized US$500,000 for mass drug administration and in-kind transportation for insecticides and other malaria commodities; donated trucks and vehicles to the National Malaria Elimination Centre; engaged religious and traditional leaders nationwide; and conducted a mass media campaign to raise the visibility of malaria—including during the ongoing COVID-19 pandemic.

Eswatini: Mobilized financial resources to fund salaries for indoor residual spraying operators and to procure antimalarials following a national stock-out; organized televised events to raise the visibility of malaria and the objectives of the national malaria elimination strategy; and educated the media and traditional leaders to the importance of ending malaria.

Mozambique: Mobilized financial and in-kind resources worth more than US$3 million to close gaps in the national malaria strategic plan; and supported a community outreach campaign to promote malaria messaging in partnership with religious and community leaders.

Uganda: Launched a communications campaign to raise the visibility of malaria; organized meetings and trainings to educate senior business executives on the impact of malaria on the private sector; and held a high-profile bicycle race with the Minister of Health on World Malaria Day 2021.

Jakaya Kikwete, former President of Tanzania and member of the global End Malaria Council, commented: “Smart and targeted investments can transform Africa’s response to malaria, and the establishment of the End Malaria Councils and Funds are an important example of how countries can cover the existing malaria funding gaps that hold us back from achieving the continental goal to end malaria by 2030. These new funding mechanisms have kick-started remarkable progress, and I hope that other nations across the continent take greater accountability in their fight against malaria and mobilize domestic resources so that they can end suffering and transform the lives of their citizens.”

Dr Abdourahmane Diallo, CEO of the RBM Partnership to End Malaria, said: “Over the past three years, the Zero Malaria Starts with Me movement has played an important role in encouraging greater accountability in the fight against malaria. Yet, significant annual malaria funding gaps remain, and with COVID-19 threatening health systems across the continent, it is essential that more resources are mobilized by all sectors so that we can all reach our goal of a malaria-free Africa. Today, I encourage more countries across the continent to step up their investments so that we can end malaria for good.”

The scale of the challenge

African Heads of State and Government have sustained their political commitment to end the disease since the 2000 Abuja Declaration to Roll Back Malaria. However, despite encouraging developments, a 50% funding gap remains based on current levels of funding. Partners such as the Global Fund to Fight AIDS, Tuberculosis and Malaria, the World Bank and the United States President’s Malaria Initiative continue to play a critical role in supporting national malaria programmes across the continent.

Dr Margaret Agama-Anyetei, Acting Director, Directorate of Health and Humanitarian Affairs, African Union Commission, commented: “Continued and increased investments towards the fight against malaria are central to not only ending malaria, but tackling other existing and emerging health threats. With the ongoing COVID-19 pandemic, it is critical that malaria – a disease that kills over 400,000 people each year – remains high on the political agenda. If we are to meet our 2030 elimination goals, we must continue to push for increased investment and greater country ownership for resource mobilization.”

Joy Phumaphi, Executive Secretary, ALMA, added: “The Zero Malaria Starts with Me movement has gone from strength to strength, and it is fantastic to see so many African countries raise their domestic funding contributions and demonstrate their commitment to end malaria. Tapping on the assets and capabilities of the private sector is a centre-piece in increasing domestic investments, Governments alone cannot do it. As we continue to work towards our goal of a malaria-free Africa, we hope to see greater action and stepped-up funding commitments from nations across the continent.”

To tackle the remaining funding gap in malaria-affected countries, the Ecobank Group in partnership with Dakar-based advocacy tank, Speak Up Africa, launched the first-of-its-kind Zero Malaria Business Leadership Initiative in July 2020. The programme sets out to drive private-sector engagement with the fight against malaria in Africa by promoting the mobilization of domestic resources and engaging businesses and business leaders.

Initially launched in Benin, Burkina Faso and Senegal, to date the initiative has engaged over 50 private sector organizations, with further launches planned in Cameroon, Ghana and Uganda this year.

Eunice Elvire Liosel, Director of Commercial Banking, Ecobank Benin, said: “Africa’s flourishing private sector can and must play a transformative role in the fight against malaria, and we are proud to play our part in the Zero Malaria Starts with Me movement through our Zero Malaria Business Leadership Initiative. The fight against malaria is one of our continent’s biggest challenges, and so it requires incredible investment. We look forward to expanding this initiative across the continent and ensuring that even more businesses can play their part in contributing to the fight against this disease.” 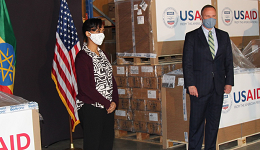