The government of Sudan and the African Risk Capacity (ARC) sign partnership intent to work together towards helping the country better prepare to efficiently deal with extreme weather events and natural disasters.

The MoU was signed during the ARC ‘Lessons Learned Workshop’ for the countries of East and Southern African (ESA) region which held at the Capital on the Park Hotel, Johannesburg, South Africa, to take stock of programme implementation since 2012, when the African Risk Capacity was established.

The Government of Sudan had in September 2017 engaged with the African Risk Capacity, through the Ministry of Interior, to explore ways of helping the country diversify existing disaster risk management strategies through a sovereign insurance mechanism, and to also provide solutions to reduce the risks associated with drought/flood affecting the food security of the country’s vulnerable population.

Sudan has the second largest holding of livestock in Africa after Ethiopia and a larger percentage of the livestock are kept by nomadic pastoralists who are sometimes severely exposed to drought hazard especially in the states of North Darfur, West Darfur, South Darfur, North Kordofan, Gedarif, Kassala and Red Sea. Although Sudan practices a mixed system of agriculture, 70% of the cereal production, dominated by millet, sorghum and groundnut, is from the rainfed system with susceptibility to flood.

Several vulnerability indices rank Sudan among the countries most  affected by climate variability and change in the word.

Speaking at the event, the Minister of Interior, Mr. Ibrahim Mahmoud Hamad, represented by Dr. Hashim Hussein, the Secretary-General of the Sudanese National Council for Civil Defence (NCCD), restated the faith of the Government of Sudan in the African Risk Capacity as a tested mechanism to provide sustainable solutions against the impact of natural disasters in the country.

This is why his Government quickly moved on formalising the partnership with the Agency after the recent conclusion of discussions in June. He reiterated the power the African continent can unleash when there is unity of purpose, as exemplified in the ARC initiative to combat natural disaster risks.

According to the Minister, “the adverse impact of droughts and floods in Sudan, threatens sustainable livelihoods and unless quick remedial measures such as efficient disaster risk reduction strategies are taken by the Government for effective preparedness and national coordination for disaster response, the country’s ongoing efforts to combat poverty, reduce food insecurity and sustainably manage natural resources cannot be adequately achieved. This is our hope and objective in signing the MoU to work with the African Risk Capacity.”

Expressing delight at the welcome initiative of the Sudanese Government in signing the Memorandum of Understanding, the Director-General of the African Risk Capacity, Mr. Mohamed Beavogui, stated that this is yet another milestone in the resolve of Africans to taking charge of their own destiny.

Mr. Beavogui stated, “the commitment of the African Risk Capacity to protect the livelihoods of vulnerable people in Africa against the impact of natural disasters can best be realised when other member states also join Sudan in signing the Memorandum of Understanding with ARC for structured national technical capacity building. The disaster risks confronting Africa affects all of the continent, and therefore, can best be combatted when we all work together.”

The African Risk Capacity model is home-grown, innovative, cost-effective, and is proving that it can assist member-states to strengthen their capacities to better plan, prepare and respond to extreme weather events and natural disasters, thereby achieving the food security for their populations. 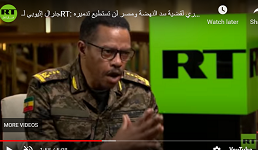 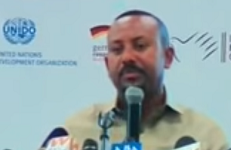