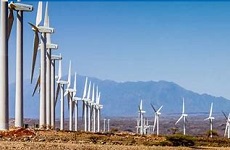 Kenya’s Ministry of Energy and the Energy Regulatory Commission have been ordered by the High Court to include the 300MW wind power project in the approved list of power projects in a move that opens Kenya’s electricity mix to cheaper green energy sources.

Gitson Energy Limited, a Kenyan-Diaspora owned energy company had applied and received approval to proceed with the project in Marsabit from the Ministry of Energy in 2010, but land gazettement issues delayed the project forcing the company to seek the court’s intervention which took five years.

The High Court Judge Lady Justice Pauline Nyamweya issued an order in the judgement on 11th of November 2021 compelling the Ministry of Energy and the Energy Regulatory Commission (ERC) to include the Gitson Energy’s 300MW Wind Energy Project in the commission’s list of approved projects in line with the approval of 16th February 2010 granted for the project in Bubisa, Marsabit.

The Court faulted the Ministry of Energy and ERC for attempting to apply the Public-Private Partnership law that was enacted in 2013 retrospectively. The Court also held that the Ministry of Energy through a letter by the Principal Secretary in 2017 introduced additional hurdles to the already approved project that were not in conformity with both the repealed Energy Act 2006 and current Energy Act of 2019.

Further the court indicated the Government through the Ministry of Energy approval letter in 2010 gave legitimate expectation to the Gitson Energy 300MW wind farm project in the process of making investment.

In the 75-page judgment, the Court observed the ERC repeatedly ignored Gitson Energy letters to be included in several Least Cost Power Development Plans (LCPDP) that runs from 2010- 2037 despite the project being approved under the Green Energy Program with commissioning date of 2013.

The Court noted that ERC had also ignored letters to include the Gitson Energy project in the LCPDP from Principal Secretary Dr. Joseph Njoroge and Director of Renewable Energy Eng. Isaac Kiva.

Gitson Energy Chief Executive Officer James Gitau welcomed the ruling. He said; “The Court judgment is just as we have been working on this project since 2001 and after 20 years, we will be added to the plan despite attempts to divest our accrued rights to develop the project.”

“Bubisa site has the best wind regime in Kenya and among the very best in the World. Sadly, Kenyan people have been denied the opportunity to utilize and enjoy this God-given renewable resource to alleviate high cost of power due to bureaucracy and attempts to shakedown the developers by vested interests,” he added.

Gitson Energy had embarked on the journey to regularize the land earlier in compliance with the Community Land Act 2016. The company wrote to the National Land Commission (NLC) in 2017.

The ruling comes at a time when the government has started reforms to reduce the cost of electricity by renegotiating some electricity feed-in-tariffs with Independent Power Producers (IPPs).

During the Kenya Power investors briefing on Tuesday, the Cabinet Secretary for Energy Amb. Dr. Monica Juma invited IPPs to start the process of renegotiating the tariffs to express their interest through the office of the Principal Secretary in the Ministry of Energy.

“This administration is keen to engage with this process in an orderly and structured manner. I want at this point to note and thank the Independent Power Producers that have already approached me and expressed their readiness to engage,” said Amb. Dr. Juma.

The negotiations are also aimed at ending disparities in the pricing of tariffs among different IPPs. For instance, while KenGen sells a unit of electricity to Kenya Power for Ksh5.31, Kenya Power buys the same unit at Ksh130.15 from Triumph Power, Ksh119.13.