The Ministry of Finance of Ethiopia is set to launch an international bid for the construction of six mega solar projects worth $800 million.

The solar projects will be implemented in Oromia, Tigray, Afar and Somalia regional states, according to Teshome Tafesse, State Minister of Finance, who spoke to reporters.

“Feasibility studies for all the seven hydropower, six solar and three road projects were conducted and both local and international companies invited to bid for the solar projects,” he said, indicating that the bid will be launched soon.

The total projects to be constructed by Public Private Partnership (PPP) are reportedly 16 and bids have been prepared for the six mega solar projects.
He noted that a governing board comprised of seven members from public and two from private sector has been established to enforce the PPP Proclamation and facilitate the identified projects.

Since it has become very difficult for the government to meet the growing demand for infrastructures through public organs alone, it is highly committed to consolidate the PPP framework, he said.

It is recalled that the African Development Bank (AfDB) has recently provided $1.7 million support for the PPP program, including hiring of international consultants to the identified mega projects. 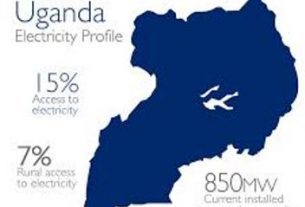