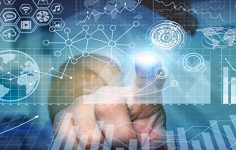 The African Centre for Statistics (ACS) at the Economic Commission for Africa (ECA) on Tuesday hosted a webinar on the need to improve relationship between producers of statistics and the media in order to enhance end user experience.

“Data generated by producers of official statistics are critical for planning, decision making, monitoring and evaluation of public policies. The media, therefore, is an essential vehicle to ensure that such data is transmitted and shared with all stakeholders,” said ACS Director, Oliver Chinganya.

The session was organized in partnership with AFRISTAT, INSEE, ONS-UK and PARIS2, under the theme “Media Engagement in Official Statistics: How and Why?”

Mr Kabukuru urged NSOs to aspire to be primary sources of data rather than deny access for journalists who end up getting the same information from secondary sources – usually international organizations – to which NSOs furnish data. “When you give data you control the narrative,” he added.

Speaking for the Ghana Statistical Service (GSS), Paul Seneadza, a GSS public relations staff, said his institution has a well organized structure for engaging with media and that they consider journalists as ‘essential partners’. He noted, however, that some journalists need training to enhance their ability to distill and disseminate data.

In the same vein, Rebecca Jakeway, ONS-UK’s Communications Advisor spoke on the importance of user engagement, citing the media as their ‘most important stakeholder’

“Our work is worthless if it doesn’t reach the end user. The media has a crucial role to simplify data in a way that the general public can understand,” she stated.

A presentation on ‘sample tactics for media engagement in official statistics’ was made by Joseph Ilboudo, Chief of Statistical Development at the ACS, who highlighted the need to “remove barriers to entry and promote a relationship of trust between NSOs and journalists.”

He said, “ensuring that users get a pleasant, open and informative first experience will pave the way for future engagement.”

Mr Chinganaya expressed hope that the media will “help enhance statistical literacy among citizens with a view to increasing demand and eventually for governments to begin investing more in data, innovation and technologies for data collection and dissemination.”

The ECA director pointed out that ACS and its partners are ready to support in developing and implementing a user engagement strategy. “We have already started with a few countries, and we hope more countries will engage and follow suit.”

A similar webinar targeting French speaking journalists has been scheduled for 8 June 2021.