The Addis Ababa City Administration is set to double the number of students benefiting from its school feeding program from 300,000, to 600,000 by next education year expected to begin in September 2020.

This is indicated by Deputy (Acting) Mayor of Addis Ababa City, Eng. Takele Uma on Thursday, during an award ceremony of outstanding students who won prizes during the recent televised education program. In addition to feeding students, this year the Addis Ababa City Administration has also provided exercise books, pens and pencils to some 300,000 students.

He stated that as investing on students today is considered as investment in the next generation of the country, the City Administration will continue expanding its support to students next year.
After the outbreak of COVID-19, Ethiopia is forced to closed its schools.

Meanwhile some schools have continue to send their lessons to their students using different mechanisms from applications such as, telegram, to distributing handouts in hard-copies.

The Ministry of Education of Ethiopia has also been providing lessons to high school students via its own channel. During the event it is indicated that AfriHealth, a private TV channel, has collaborated with Addis Ababa City Education Bureau to broadcast the lessons for the students.

It is stated that the Bureau aims to build effective educational system and competitive world class educational institution in Addis Ababa city and produce citizens who play key role in realizing democracy good government and development.

Aired on AfriHealth TV in association with the Ministry of Education of Ethiopia, the televised teaching program has enabled students to attend classes from their respective homes.

AfriHealth TV has awarded 41 students who answered questions via short messaging (SMS) after attending the lessons on the channel. Each of the 41 students are awarded laptops while their parents are given tv sets. 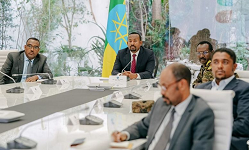 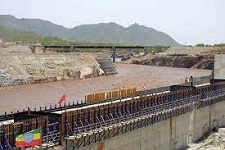 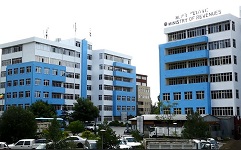