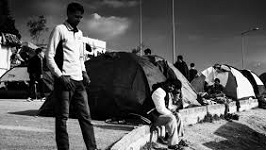 Africa has made significant progress to implement the Global Compact for Migration but more action is needed to sustain the momentum amid the COVID-19 pandemic, according to the reports presented at a high-level meeting.

This statement was shared today with the participants, including more than 700 government officials and representatives from organizations working on migration, at the Africa Regional Review of the implementation of the Global Compact for safe, orderly and regular Migration (GCM), which opened yesterday.

The statement builds on the findings of a Continental Migration Report produced by the United Nations Economic Commission for Africa (ECA), four sub-regional reports complied by the African Union Commission (AUC) and a summary from stakeholder consultations held since December 2020. These documents attempted to unpack migration patterns, progress, practices and pathways in Africa for the GCM’s implementation, involving all stakeholders.

Speaking about the continental report, Ms. Thokozile Ruzvidzo, the ECA’s Director for the Gender, Poverty and Social Policy Division, said: “The report reveals that while Africa has made significant progress on GCM, the pandemic threatens to flatten the positive trajectory against several indicators, especially decent jobs and migrants’ safety. In parallel, we see a rise in xenophobia and restrictive policies that only increase irregular migration.”

She continued: “Such disruptive developments require concerted efforts to make migration work for all. Our report offers policymakers with good practices to build on and a timely evidence base for migration policy development and resource allocation to ensure we bring the GCM commitment to action.”

The continental report revealed that migrants in Africa increased from 23.5 million to 26.5 million between 2015 and 2019. The figure represented a 13 per cent increase, which was above the global average of 9.2 per cent and accounted for 9.8 per cent of the world’s migrant population. Its findings further showed that the destinations of most migrants were within Africa rather than Europe or North America while about 86 per cent of migration was not conflict-related.

In addition, key areas of concern in Africa were trafficking, human rights violations, border governance, legal identity, access to basic services, missing migrants, detention and forced return. In particular, the report notes that while many African countries have laws, guidelines and mechanisms to tackle trafficking, the continent has the lowest crime conviction rate per 100,000 people compared to other regions.

On the positive side, migrants substantially contributed to the continent’s development with their combined remittances sent to Africa valued at $84.3 billion in 2019, which exceeds the development aid received by the region, according to the Continental Migration Report.

“Between 2015 and 2019, there was a disproportionate increase in the number of African
migrants compared with the number of migrants from other global regions. Indeed, migrant
numbers in Africa increased from 23.5 million in 2015 to 26.5 million in 2019, equivalent to a
13 percent increase. Migrants in Africa accounted for 9.8 percent of the total number of
migrants worldwide in 2019. That trend is due in part to increasing regional integration, which
has accelerated thanks to measures enacted by the continent’s regional economic communities,” the report stated.

As well as in the summary paper and reports, member governments highlighted a series of progressive measures, undertaken since adoption of the GCM in 2018, to implement its 23 objectives, designed to manage all aspects of migration. These ranged from a visa waiver for intra-Africa travel and a proposed continental passport to joint border monitoring systems, national policies on migration and diaspora, and taskforces on tackling trafficking.

In some countries, funds have been set up to support trafficking victims and specialized agencies have been established to investigate, detect and prosecute the offenders. During the presentations, another recurring development was the growing uptake of technology by member states in introducing e-passport, digital IDs, online remittance transfers, data collection, social cohesion campaigns and biometric border control.

Speakers, presenting the summary paper and reports, outlined several additional steps African member governments can take to intensify efforts towards implementing the GCM, starting with making migration part of the national development plans in an effort to reduce the root causes for cross-border movement such as poverty.

Countries were further encouraged to raise awareness of the dangers of human trafficking among potential migrants while working towards enhanced consular services, a coordinated response on missing migrants, legislation to safeguard vulnerable groups, partnerships for safe return, improved data collection and an alignment of national laws with the international anti-trafficking instruments.

Towards the close, speakers called on the governments to continue their active engagement with all stakeholders throughout the GCM’s implementation, based on its ‘whole-of-society’ guiding principle. The virtual Africa Regional Review was hosted by the Kingdom of Morocco in partnership with the ECA, the AUC, the United Nations Network on Migration and the International Organization for Migration.

Ethiopia gets over $3 billion external financing