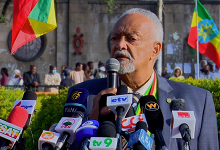 Ethiopians this morning commemorate in Addis Ababa the 85th anniversary of the massacre of over 30,000 Ethiopians within three days by the then Fascist Italian soldiers.

Commemoration event is held at Sidist Kilo where the ‘Yekatit 12’ memorial statue is located. The President of Ancient Patriots Association of Ethiopia Lij Daniel Jote, has addressed the gathering. He said that Yekatit 12 is one of the testimony of Ethiopians unity and undefeatable strength.

“We commemorate the day to remember the patriots who sacrificed their lives and the innocent massacred by the then Italian Fascist troops,” Lij Daniel said, urging the young generation to maintain this independence and sovereignty sprit of his/her forefathers and foremothers, and pass on to the next generation.

Today February 19, 2021 is Yekatit 12 (12 February) and the year is 2014 according to Ethiopian Calendar. History recorded that on Friday 19th February 1937, following an abortive attack by a handful of insurgents on Mussolini’s High Command in the Italian-occupied nation state of Ethiopia, ‘repression squads’ of armed Blackshirts and Fascist civilians were unleashed on the defenseless residents of the capital city Addis Ababa.


In three terror-filled days and nights of arson, murder and looting, thousands of innocent and unsuspecting men, women and children were roasted alive, shot, bludgeoned, stabbed to death, or blown to pieces with hand-grenades. 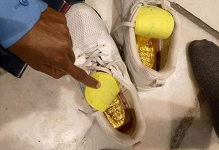