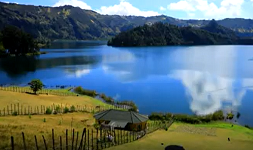 The UN Economic Commission for Africa (ECA), in collaboration with Google Africa and Africa 24, held the fifth Africa Business Forum on the margins of the thirty-fifth ordinary session of the African Union Assembly of Heads of State and Government.

Delegates from the public and private sectors met in person and virtually to discuss how best to tap into that vast potential and meet the growing demand unleashed by the African Continental Free Trade Agreement. What are the roadblocks and how can they be removed, were critical questions for the session, themed: Investing in Multimodal Transport Infrastructure to Optimize the Benefits of the African Continental Free Trade Area: A Focus on Air Transport and Tourism.

Vera Songwe, UN Under-Secretary-General and Executive Secretary of the ECA, welcomed delegates to the rare-in person event. Ms. Vera Songwe in welcoming delegates outlined how critical transport was to make the most of AfCFTA. Pointing to ECA research, she stated, “the continent would require close to 2 million additional trucks, over 100,000 rail wagons, 250 aircraft, and more than 100 vessels by 2030, if the Free Trade Area is fully implemented.”

Also represented were top leaders from the travel and transport industries, such as Allan Kilavuka, Chief Executive Officer, Kenyan Airways and Google sent a video message from CEO, Sundar Pichai.

Essentially, Africa’s immense potential for trade, travel and tourism is languishing virtually untapped. The potential for improving transport infrastructure and services across Africa depends on “economic policies had to be recentered to include transportation. That included ships, boats, trains, planes and automobiles,” said President of Sierra Leone Julius Maada Bio.

Supporting the development of transport infrastructure and services for the full realization of the benefits of the AfCFTA requires a lot more, according to delegates. It requires reducing nationalistic sentiments to make way for an open market, promoting intra-African tourism through the Single African Air transport Market (SAATM) and recentering economic policies. The President of Sierra Leone, Julius Maada Bio, said “economic policies had to be recentered to include transportation. That included ships, boats, trains, planes and automobiles.”

There have been urgent calls for African countries to work together to transform the continent’s air transport and tourism sectors. High-powered delegates at the Business Forum made a plea for members to liberalize these sectors, reduce controls and harmonize systems to enable them to make African economies grow.

The African Business Forum is a flagship initiative that aims to promote continuing dialogue between the African private and public sectors on current matters of strategic importance to the continent and to optimize collective efforts to achieve Agenda 2063, The Africa We Want, of the African Union and the 2030 Agenda for Sustainable Development. 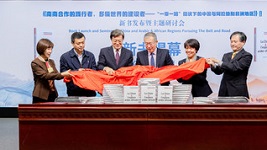 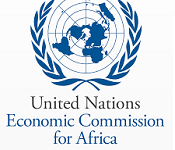