Smuggling of donkeys from Ethiopia to Kenya has been increasing over the past six months making busy customs officers and border controllers.

The donkeys are being smuggled from Ethiopia to Kenya, because the later has donkey slaughtering houses engaged in export of the meat, according to Mr. Chanyalew Fuji, Manager of Ethiopia Moyale customs post, who spoke to the state daily Amharic newspaper, Addis Zemen.

He noted that the number of people engaged in smuggling of donkeys to Kenya from Ethiopia has been increasing making the Moyale customs post officers and other border controllers between the two countries.

The report stated that donkey smugglers in Ethiopia are currently avoiding the formal border crossings that link the two neighboring East African countries, and are using other routes where there are no border controllers to illegally take the donkeys from Ethiopia and sell it in Kenya for the donkey slaughter houses.

Meanwhile because of the dryness of the area and lack of grasses and animal feed, the customs officers are having problem to keep the donkeys after seizing them from the donkey traffickers.

A few years ago, the government of Ethiopia has faced major opposition by the people when it granted license to the first donkey slaughtering house. The slaughtering house to be built around Bishoftu town in Oromia Region near the capital, Addis Ababa, was forced to seize its operation.

Reports show that donkey skin is highly needed in China for traditional medical and other related purposes. After highly consuming their donkeys and significantly reducing the number of donkeys, the Chinese are reportedly targeting donkeys from other parts of the world mainly Africa. 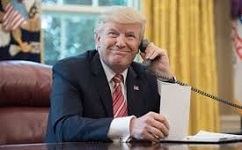