Five people have died on the streets of Addis Ababa on Monday during a demonstration, which followed the killings of over 25 people and robbery over the weekend in the neighboring Burayu town at the outskirt of Addis Ababa.

The five people were died while trying to grab weapons from security forces, according to the police. Amnesty International has issued a statement urging the government to investigate the killings.

“There is no excuse for the use of lethal force against people who are peacefully protesting. The authorities in Ethiopia must leave no stone unturned to identify and bring to justice those suspected to be responsible for these senseless deaths,” Amnesty said.

Police report also indicated that during the weekends, robbers have killed over 25 people in Burayu area.

Following the incident in Burayu, Prime Minister Abiy Ahmed, who is in Saudi Arabia for official visit, “strongly condemns the killings & acts of violence against innocent citizens around Ashawa Meda, Kataa & Fili Doro last night. These cowardly attacks represent a grave concern to the unity & solidarity of our people & will be met with appropriate response,” twitted Fitsum Arega, chief of Staff at Prime Minister Office.

Reports show that the killings and robbery which most took place after midnight targeted the non-Oromo community, manly the Gamo settlers in the Ashewa meda area around Burayu town of Oromia Region.

The incident has caused displacement of thousands of people who run to the neighboring Addis Ababa to save their lives and their loved ones.

The Commissioner stated that so far around 700 people allegedly involved in the attack and robbery are arrested in both Addis Ababa city and Burayu town.

The Federal Police Commissioner Zeynu Jemal, told reporters that the robbers have organized themselves under one command and involved two different political groups, the commissioner didn’t mention by name.

The ‘robbers’ have intentionally worked to create ethnic tensions between the Oromo ethnic group and the other community living in the Oroimia Region, according to Commissioner Zeynu.

So far 12,000 people, mostly Gammo people who are orifinaly from Southern part of Ethiopia, are displaced from Burayu town, according to media reports. They are now located in different places including, schools and churches.

“…there were also reports of violence in some areas and understand that investigations are underway. Once again, we firmly believe that violence has no place in this process. We encourage each of you to carry this discussion into your communities, seeking common ground and opportunities for cooperation,” the United States Embassy in Addis Ababa said.

“Of course there are challenges but we remain optimistic because we can see that most Ethiopians want the same things – peace, prosperity, and inclusion for all,” the Embassy said on its official FB page. 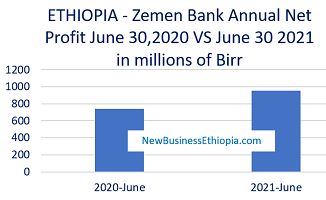