Prime Minister Abiy Ahmed told members of the parliament today that there is no ongoing negotiation between the Government and the Tigray Peoples Liberation Front (TPLF).

In his elaboration to the MPs, which was aired live by the mainstream media; the Premier assured his government had been involved in no any form of negotiation with the TPLF. Yet, he said; this doesn’t mean there wouldn’t be any negotiation provided that any benefit would be gained for the nation.

Any war conflict or negotiation that Ethiopian government conducts is aimed at achieving the greater good and realizing the public interest of the country. He stressed that there will be no negotiation against the national interests of Ethiopia.

Meanwhile, Abiy stated that there would be negotiation if and only if TPLF gets ready to negotiate respecting the sovereignty, national existence and territorial jurisdiction of Ethiopia.

The TPLF forces should quit being negative and disturbing forces as well as they should be convinced that they can’t win by waging recurrent war. 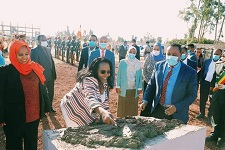