Freedom House, which has been rating Ethiopia as not a free nation in its previous reports, urged the new leadership of the country led by Prime Minister Dr. Abiy Ahmed to pursue greater political, economic and social reforms.

The United States based independent watchdog organization dedicated to the expansion of freedom and democracy around the world made the call over the weekend, in response to the vote by Ethiopia’s parliament to lift the state of emergency that had been imposed in February.

“Lifting the state of emergency is a commendable measure and another indication that the new government, led by Prime Minister Abiy Ahmed, intends to continue with its reform agenda,” said Jon Temin, director of Africa programs at Freedom House.

“The government should now expand and protect the right for political parties and individuals to speak and act freely, ahead of the local and national elections scheduled to take place in 2019 and 2020 respectively.”

Ethiopia is an authoritarian state ruled by the Ethiopian People’s Revolutionary Democratic Front, according to the 2018 Freedom House country report.

In its press statement released on Friday, Freedom House recommends that the government’s next steps have to include: 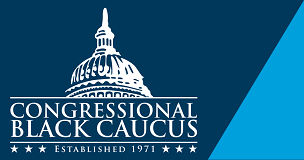 African leaders’ summit to focus on investment in youth