A team of 22 members of the Oromo Liberation Front (OLF), one of the many factions of the Front led by Mr. Gelassa Dilbo, has arrived Addis Ababa, Ethiopia on Saturday.

Ethiopia’s Foreign Affairs State Minister Birtukan Ayanaw welcomed the delegates at Bole International Airport. The Front has made the decision to come back after long exile by accepting the call by the reformist Prime Minister Abiy Ahmed of Ethiopia who invited all political parties to put down their guns and engage in peaceful political dialogue.

A few months ago another OLF team led by Dawud Ibssa was welcomed to Addis Ababa colorfully by around a million supporters from the Oromo community in the city and the surrounding towns. Prior and after that many former OLF founders and key leaders of the about half a century old Front have come to Ethiopia accepting the call of Prime Minister Abiy.

Some of these individuals and factions have already begun merging with the Oromo Democratic Party (ODP), which is one of the four members of the ruling coalition and has been charge of Oromia Region of Ethiopia.

Meanwhile in the past few weeks Dawud Ibssa’s OLF has been at loggerheads with ODP of Lemma Megerssa who is the president of Oromia Region and also known as the mastermind of the current reform in Ethiopia labeled as ‘the fruit of Team Lemma’.

The controversy between the two began when Dawud’s soldiers especially in the Western part of the country refused to put down their guns. As a result, news about the killings of people in the area maily West Wellega by these armed soldiers continues to spread to this date.

Even though the Oromo people speak the same language and are the largest ethnic group in Ethiopia, there are currently around 14 different parties, which claim to represent the interest of the people.

During his recent first meetings with all the opposition party leaders, Prime Minister Abiy urged the opposition political parties to narrow their differences and merge in order to become strong competitor representing the voices of their constituencies.

Currently there are around 76 political parties in Ethiopia, most of which are ethnic based.

As Ethiopia is approaching the May 2020 national election, many advice opposition political parties to form alliances and merger to challenge the ruling coalition, the Ethiopian Peoples’ Revolutionary Democratic Front, which has been on power since 1991 overthrowing Mengistu Hailemariam’s regime. 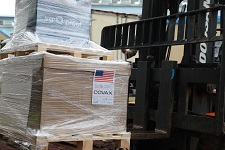