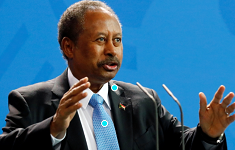 The Government of Sudan, which reportedly shown interest to mediate Tigray peoples Liberation Front (TPLF) and the Government of Ethiopia doesn’t qualify as it lost credibility after it recently invaded Ethiopia occupying disputed areas.

The current Government of Sudan has lost the trust of Ethiopian Government when its troops invaded and occupy disputed areas that has been under Ethiopia, according to Billene Seyoum, Press Secretary of the Office of the Prime Minister of Ethiopia who briefed journalists this afternoon.

She indicated that mediation needs trust of those to be mediated. At the moment Sudan Government has lost the trust of Ethiopia and can’t be expected to be independent for such mediation.

“I think the relationship with Sudan at this point is a little bit tricky. Because the level of trust with some leaders has already been eroded, particularly with the Sudanese army encroached in Ethiopian territory. And trust is the basis of any negotiation and any mediation. So that element needs to be thoroughly addressed before Sudan could be entertained as credible party to facilitating such kind of negotiations,” Billene said.

“…Ethiopia with over 3,000 years of heritage has got its own indigenous institutions and its own reconciliation mechanisms. It has elders that various segments of the population listen to. We have our own indigenous conflict resolution mechanisms. And it is important to exhaust those means before having to look for third party intervention outside of the country. These are some of the tools that are being considered,” she said.

It is recalled that Sudanese troops have captured disputed areas, which was under Ethiopia few months ago when Ethiopia reduced it troops from those areas to channel them to the northern part of the country to combat the TPLF.

Early November TPLF has admitted launching an attack the northern command base of Ethiopian defense force based in Tigray region with the aim of controlling heavy artilleries and march to the capital Addis Ababa to return back to power. That has dragged the Federal Government of Ethiopia to engage in a rule of law restoration operation in Tigray region.

The retaliation of national defense force of Ethiopia quickly turned into an offensive liberating most of the towns of Tigray region including the capital Mekelle from TPLF within the first few weeks.
Along with the militias from the neighboring Amhara region, and the neighboring country Eritrea, which are invited to the war by the rocket firing of TPLF to Bahir Dar and Asmara airports, TPLF has lost some of its top political and military officials while others were captured hiding within and caves.

Since then the federal government tried to restore peace and order as well as facilitate aid for the vulnerable and displaced communities in Tigray region using the interim administration of Tigray.
Meanwhile, TPLF has changed its tactics going back to its old gorilla fighting techniques worsening the humanitarian assistance and reconstruction efforts in Tigray.

As a result, at the end of June, the Ethiopian Government has announced a unilateral ceasefire withdrawing all its troops from Tigray region so that farmers can also take advantage of the rainy season to engage in farming.

I was pleased to speak with Prime Minister @SudanPMHamdok today. We agreed to work together – and with our international partners – to facilitate steps toward a peaceful resolution of the conflict in Ethiopia, as well as full humanitarian access to those in need.


However, the remaining TPLF leadership have announced continuing war expanding into the neighboring areas Amhara and Afar region from which some 300,000 people are reportedly displaced over the past few weeks.

It is the middle of this crisis that international pressure mainly from the United States and EU began mounting on the Government of Ethiopia led by Prime Minister Abiy Ahmed to negotiate with TPLF and end hostilities to facilitate humanitarian aid delivery for the affected people.

Following yesterday visit to Ethiopia of USAID chief Samantha Jane Power, who arrived from Sudan, the U.S Secretary of State Antony John Blinken have made a phone call with the Sudanese Prime Minister Abdalla Hamdok and discussed how to help Ethiopian Government and TPLF end the war. 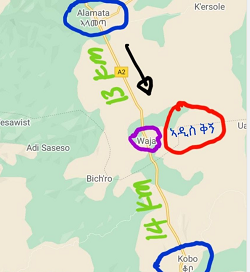