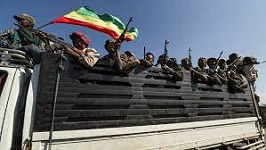 The Government of Ethiopia on Thursday explains the factors that stall the unilateral humanitarian ceasefire the Government has been impliemnting.

The Ministry of Foreign Affairs of Ethiopia has issued a statement on the factors that stall the unilateral humanitarian ceasefire and the way forward as presented by State Minister H.E. Ambassador Redwan Hussein on July 15, 2021. Below is a translation from Amharic Language.

“As you are aware, we have been providing you updates regarding the government’s unilateral humanitarian ceasefire and its withdrawal of the Federal Army from Tigray. In conjunction with that, I am here today to provide you brief remark over the ceasefire as well as the Ethiopian Federal Government’s stance on the ongoing developments,” he said

“As it’s known in the last 8 months, the Federal government was forced to engage in a Law enforcement operation in the northern part of our Country. As a result, we incurred significant loss of our citizens, resources and damage to our country’s reputation.”

“Taking the social, political, and humanitarian crisis into consideration, as well as avoiding further damages, the Government has declared a unilateral humanitarian ceasefire and withdrew its Federal Army from the conflict area.”

“The Declaration of the unilateral humanitarian ceasefire and the action taken by the Federal Government was also a response at least:

1. For Aid agencies that refused to be checked, accompanied, or followed and wished to deliver aid supplies by themselves.

2. For those who have been demanding and pressurizing us to remove checkpoints so that the aid convoys should not be checked as to what or who they are delivering.

3. For those who reiterated that we curb the conflict so that they can easily deliver aid to the impacted areas, as well ensure that the farmers can farm before the farming season is over

4. For those who threatened and accused us of using famine as a weapon unless we ceasefire
Whatsoever their wishes, objectives and reasons, for those who have been amplifying the aforementioned points, we do believe that the declaration of the Unilateral Humanitarian Ceasefire was a critical and appropriate response.

In fact, the declaration of the unilateral humanitarian ceasefire decision was believed to have offered comfort and happiness for those who have been genuinely concerned, worried and stressed about Ethiopia and its people.

In the aftermath of our government’s unilateral humanitarian ceasefire, we have observed the following issues and tendencies in the international response. We were able to observe and confirm the scope and magnitude, connectedness and continuity of negative tendencies in the international response.
Here are some of the government’s observations in brief:

1. Following the decision of the government’s withdrawal of its force, the provocative and cynical attacks to prolong the conflict on the ENDF was barely condemned by organizations or bodies, who have been demanding us to stop the conflict, create peace, give a break to the people and deliver aid.

We believe that attempts to circumvent and sabotage the ceasefire by the TPLF would have been condemned by these agencies and organizations had they genuinely been concerned about the humanitarian crisis.
2. Some organizations have wasted no time to discredit, minimize and undermine the unilateral humanitarian ceasefire decision of the Ethiopian government.

Instead of appreciating the government’s decision of the ceasefire, Western media and some individuals in a power position used their platforms to belittle and undermine the process.

3. On the other hand, when the other party, TPLF, was using child soldiers blatantly, a crime against humanity, the international community and western media completely ignored it. TPLF’s use of children as soldiers should have been condemned in the strongest term possible. Instead of holding TPLF accountable, some of the western mainstream media justified the use of child soldiers in an outrageous and reprehensible manner.

4. The attacks of TPLF to expand the conflict on the Afar and Amhara regions, the heinous retaliatory crimes committed by TPLF even after the departure of ENDF were barely condemned by the international community. The government’s declaration of ceasefire and withdrawal was intended to provide a break for the people and give a chance for a peaceful resolution.

However, the silence and lack of condemnation of TPLF’s crimes, attacks and disruption of aid delivery from the international community forced the government to ponder whether some actors really wanted the conflict to stop.

5. Particularly, those who have been claiming that they were going to deliver humanitarian assistance, although their questions and requests have been fully answered, continue to criticize the government. This, in turn, made the government raise a question of intentionality and integrity. The government also wonder whether there was a problem of delivering aid in the first place.

6. The continued blame of the government even after it solved many problems, to say that the government is not allowing flying while the government has already allowed flying, especially when there is already a collective committee was established with the UN partners and the government working to deliver aid via the Afar and Amhara regions and the Southern part of Tigray is disingenuous and won’t help.

We are also cognizant that some individuals sitting in Brussels, New York and Geneva are working to undermine the government’s effort in this matter.

7. Some European Union member countries and western individuals have taken this matter too personally and amplifying their one-sided view to pressurize Ethiopia. Recently in Geneva, we have witnessed a coordinated attack that would set a precondition to sanction Ethiopia.

In regard to joint investigations, regardless of who committed the alleged atrocities against our citizens, our government has invited both the African Commission on Human and Peoples’ Rights and the Office of the High Commissioner for Human Rights (OHCHR).

Our government has committed manpower to facilitate the joint investigation between OHCHR and the Ethiopian Human Rights Commission (EHRC) and this investigation is progressing. There has not been any complaint from OHCHR in terms of our government’s cooperation.

Yet we have witnessed orchestrated efforts which in some instances were threatening or bribing to persuade some countries to support the idea of the EU to release a statement against Ethiopia. These efforts deny all the positive measures the Ethiopian government has undertaken and continue to put undue pressure on Ethiopia.

The government of Ethiopia would like to take this opportunity and extend its gratitude to those countries who stood with us.

However, we have also noted that the manner in which some EU member states and individuals campaigned against Ethiopia 24/7 is disheartening. Our government firmly believes that these actions are destructive and will not help to foster positive relationships.

8. Using aid as a pretext, some aid agencies have been actively engaged in a destructive role.
We have also confirmed that they have been using aid as a cover and arming the rebel groups to prolong the conflicts and chaos.

In the last 8 months also we have encountered and caught certain aid organizations delivering weapons and equipment to the rebel groups. The government has been warning these organizations to refrain from their unbecoming activities. In particular, some members of UN Aid organizations kept on fabricating facts and figures from afar bypassing their people who are designated to work in Ethiopia.

They have been rather hell-bent on actively campaigning in disrespecting and defaming Ethiopia. As such, the Ethiopian government has already issued warnings repeatedly. If they are going to continue with their baseless acts, and since the government’s priority is to safeguard the sovereignty and safety of the country, the government would reassess its stance of conducting business with these organizations.

There will also be a case where the government will be forced to expel some members of them. Whether it is UN Agencies or any other Aid organization, if their intention is to support Ethiopia or deliver aid, we would like to reiterate that they have to specifically focus on their tasks of providing humanitarian support exclusively.

Generally speaking, our country is going through major challenges in its history. We also need to be cognizant that we are also under relentless attack from multiple fronts.

Using our Dam, border, and policies as a pretext, taking our geostrategic location and potential resource into consideration, realizing our current challenges and fractured relationship among our societies coordinated attacks are underway with the intention to disunite, disintegrate and disperse us.
Amid these challenges, we do have also great allies and partners. To our allies, we urge you to realize the magnitude of the challenges that are thrown our way and continue you to stand in solidarity with Ethiopia. For others, we call upon you to stand with the truth and recognize that Ethiopia will prevail as it has persevered through a multitude of challenges in its history.

We also call upon all Ethiopian people that as you have shown your unity over our dam and the recent election, collaborate, and stand in solidarity and unison.

Our challenges are multiple, our faultfinders are so many, and the cynicism and traps are endless. Thus, we can only overcome this challenging time by standing together, collaborating and supporting one another.

The government calls upon all of you to follow the strategy and guidelines from the federal government for our people’s peace and unity. We call upon all individuals to fulfill their responsibilities in accordance.

The international community also needs to understand that Ethiopia is patient and would like to overcome her poverty-related challenges. To that end, your effort and support to maintain peace would be appreciated.”

“The government is also cognizant that the withdrawal of ENDF forces and the price that has been paid is to give a chance for peaceful resolution and give break to the people.”

“The government has already made a political decision and paid its price. But it still is patiently trying to mitigate the situation benevolently. However, if the provocative attacks continue from the TPLF, the government will reconsider its decision regarding the Humanitarian ceasefire. In this respect, the government will be forced to take necessary measures to fulfill its constitutional duties and protect its citizens from harm’s way.”

“Those who really want peace in Ethiopia, those who would like to see the end of social unrest, and those whom our suffering impacts, we call upon you to expose, condemn and denounce the terrorist acts of the TPLF.”

“If TPLF continues its reckless acts, the government has the mandate to safeguard and protect the sovereignty and territorial integrity of the country. As such, the government will take full measures to protect the country from becoming a failed state. We urge our people to stand for peace and the international community to condemn terrorism and stand in solidarity with Ethiopia,” Ambassador Redwan said. 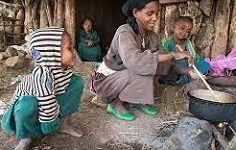