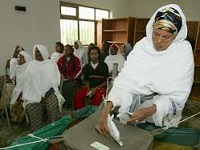 Marking International Women’s Day, themed this year “Choose to Challenge”, the Ethiopian Human Rights Commission (EHRC) has called on all stakeholders to do their part to prevent gender-based/gender motivated hate speech and other forms of gender-based violence against women participating in the 2021 national elections of Ethiopia.

The Commission urged to protect the women from gender based violence when they participate in the upcoming May general election as political party candidates, as voters, as electoral officers/staff and women playing other roles in the electoral process. A Rapid Assessment on Violence Against Women during Elections in Ethiopia, which the Commission undertook in collaboration with United Nations Entity for Gender Equality and the Empowerment of Women (UNWOMEN) shows that women taking part in election processes and in particular women political party candidates are vulnerable to various forms of gender motivated verbal and physical violence online and offline.

The study, which covered Addis Ababa as well as Amhara, Oromia and Somali regions, found that women taking part in elections as candidates, voters, election officers and other electoral activities have faced various forms of psychological, physical, economic and sexual violence. The assessment, which included testimonies from women active in politics and electoral activities as well as experiences of law enforcement and government officials and other stakeholders, also shows that women political party candidates are particularly vulnerable to such forms of violence.

Women interviewed for the study recount losing their personal and commercial residences, being subjected to imprisonment, physical and gender-based violence and facing other problems including being banned from places of worship and being isolated by families. Similarly, women who express their political views online and those directly taking part in election processes, are exposed to gender motivated hate speech such as on comments on their physical appearance, their attire, their social life or verbal attacks directed at the families and other forms of hate speech that cause significant psychological harm. Such forms of gender motivated hate speech also constitute gender-based violence.


All the study informants also confirm that during previous elections law enforcement and other relevant authorities did not take measures to help women who have faced such forms of violence and, in some cases, were themselves part of the problem. As a result, women political party members and candidates had only family or the political party they represent to turn to for comfort and encouragement. On the other hand, the study also showed that, often, the political parties the women represent did not, themselves, grasp the concerning nature of the problem.

Nonetheless, all the women who were interviewed for the study and who were and/or are still active in politics still encourage all women not to hold themselves back from expressing their political opinion or participating as candidates.

Studies show that violence against women in elections (VAWE) is a threat to the integrity of the electoral process as it coercively excludes women from having a voice in the political life and governance of their country. This is why EHRC has included a call to all political parties “to pledge to design strategies to increase the participation of women within their own political party” and to all stakeholders “to make a particular effort to ensure the electoral process is gender responsive throughout”” in its “6 Point Human Rights Agenda for Elections 2021”. In addition, the agenda asks “all political parties, candidates, media and civil society organisations as well as community influencers to commit to fully refrain from inciteful and hateful speech and other behaviour and acts that provoke human rights violations, and to refrain from any acts of violence”.

As the International Women’s Day 2021 is marked this year with theme “Choose to Challenge”, the Commission reiterates its call to all political parties taking part in the upcoming national elections to pledge publicly to the “6 Point Human Rights Agenda”. It also calls on civic society organisations and government authorities who play various roles in the election process to ensure that the process is free from all forms of gender motivated violence throughout. 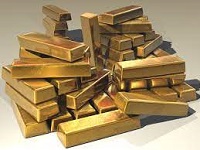