The Chinese made ‘Sino Truck’ was transporting sand and the 31 people when the accident occurred around South Wollo, Jamma area in Amhara region. Out of the people the truck was transporting seven died immediately while 13 have heavenly wounded and 11 survived light injury, according to FBC report, which quoted Jamma district traffic police officer.

When the accident occurred, the truck was heading to Degolo town from a place called Batto. It is not clear what caused the truck accident.

Those with heavy injuries are taken to Desse Referral Hospital for better treatment while the remaining are being treated in a nearby Jamma Hospital, according to the report, which indicated that it has become common to transport people on truck with sand and other construction materials.

In Ethiopia over 5,000 people die due to traffic accident every year. In addition, the country losses millions of dollars as a result of property damage and the casualties, who will be out of the jobs as a result of the severe injuries they sustain.

Economically active population 15-64 years of age contributes to nearly 85% of the RTA burden, according to August 2018 study by Teferi Abagaz and Samson Gebremedhin entitled, Magnitude of road traffic accident related injuries and fatalities in Ethiopia.

“…Especially adults 15-29 years take the highest toll. This finding is suggestive of the high loss of productivity associated with road accidents in Ethiopia,” the paper says.

The World Health Organization (WHO) in 2013 road traffic accident fatality in Ethiopia was 4984 deaths. 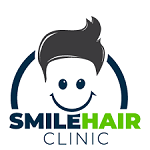