The latest cyber security analysis from Control Risks reveals that key decision makers do not have confidence in their Boards’ ability to manage cyber security threats.

The in-depth analysis covered responses of IT and business decision makers from large organizations across 20 countries, each of which has more than 2,000 employees.

The global ‘Cyber Security Landscape’ survey of IT and Business decision makers found that almost half of respondents reported they believe their organization’s board-level executives do not take cyber security as seriously as they should. This is despite 77% of respondents citing the C-suite, rather than the historic owner, the IT department, as being most accountable for cyber security management and decision making in their organization.

The survey equally found that just over 31% also reported they are very or extremely concerned their organization will suffer a cyber-attack in the next year and a third (34%) say their organization doesn’t have a cyber-crisis management plan in place in the event of a breach. This lack of preparedness is especially striking in the light of the 12th May WannaCry ransom attack, which affected 150 countries in under 12 hours.

George Nicholls, Senior Partner based in Johannesburg at Control Risks commented:
“The misalignment between treating cyber security as a technological issue or a business risk is not new. Yet, the survey shows that this misalignment remains a considerable and on-going concern for many organisations.”

“Our advice is to always start with the threat. The way in which cyber threats are assessed and communicated throughout the business is key. This assessment should include the specific cyber threats to the organisation, how they could impact the business and what controls might mitigate them. After assessing the risks and understanding them, the organisation can then deal with these within its overall risk management strategy,” he said.

Organisations should ensure cyber security becomes a regular item on the board’s agenda that includes reviewing the external cyber threat landscape in conjunction with IT. Organisations also benefit from regular crisis management exercises that involve all relevant parties including the C-suite, IT, legal, communications and any other members of the crisis management team. These exercises ensure that all parties understand their roles and responsibilities and the potential implications of a cyber attack.

Conducted between January and February 2017, Control Risk’s survey is set against a backdrop of a continued growth in major cyber breaches. 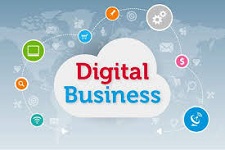 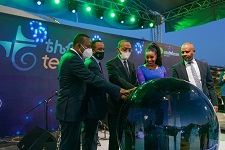