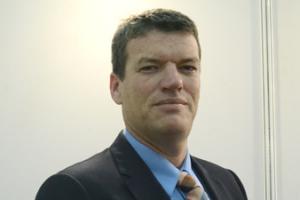 The African Development Bank (AfDB) has embarked on a fund-raising drive to finance the expansion of energy with the immediate aim of connecting 200 million people with clean energy.

AfDB President Akinwumi Adesina says the Bank is directly involved in expanding the opportunities for African countries that plan to raise funds externally to access the financial markets for onward lending.

The Bank took the step as it continues to push to unlock barriers to effective investments in the agriculture sector. The Abidjan-headquartered development finance institution is playing its role in the financial sector by helping countries in Africa to develop new models of financing energy initiatives, whose eventual aim is to enable private firms to increasingly provide funds to support energy and agriculture growth.

The Bank’s broad-based development agenda identifies the lack of energy, access to electricity as a critical challenge undermining efforts to unlock the full economic potential of small-scale farmers.

“One of the most important challenges Africa is facing is lack of energy. At least 600 million in Africa have no access to energy. Access to energy is a critical enabler of development because it is key to increasing the productivity of farmers and their output, boosting transportation and revenue,” Amadou Hott, AfDB Vice-President for Power, Energy, Climate and Green Growth, told a panel discussion on “Creative Energy Solutions to Boost African Agriculture,” at the 52nd session of the Bank’s Annual Meetings on May 23.

The AfDB is holding its landmark Annual Meetings in the Gujarati town of Gandhinagar, May 22-26, under the theme “Transforming Agriculture for Wealth Creation in Africa.” The Bank believes Africa needs agriculture to fuel economic development but this cannot be achieved without energy.

To address the challenge, the Bank’s President unveiled the “New Deal on Energy for Africa,” aiming to provide energy to 205 million people in Africa by 2025, with 75 million of those being connected through solar energy and other connections outside the national electricity grids.

[embedyt] https://www.youtube.com/watch?v=OIjZnkDCTEM[/embedyt]“An off-grid electricity power solution is the way to go because the World Bank tells us it takes nine years to build a power plant. Solar energy power is, as the AfDB has called it, the energy revolution. To take it to 75 million people in Africa, we will need billions of dollars’ worth of public and private investments,” said Davidi Vortman, the Chief Executive Officer and Co-Founder of Lumos Global, providers of solar power to some 150,000 current customers in Nigeria.

Ghana’s former president, John Dramani Mahama, said in some instances, governments spent millions of dollars to build national grid to remote regions, incurring huge losses during the electricity transmission process, which, when finally passed on to the consumers, became unaffordable and unsustainable.

“The solar energy solutions are picking up because of the major problems with energy inefficiency, which is often linked to the inefficient new electricity connections,” Mahama told the session on “Creative Energy Solutions to Boost African Agriculture.”

The Bank is working with companies to ensure national electric grids are managed sustainably and profitably. The Bank will ensure reforms within institutions which supply power and guarantee funding for power firms through a $500 million financing facility to support solar and national grid connections. These measures could cut the current cost of solar power by 50 percent, the VP said. 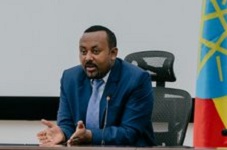 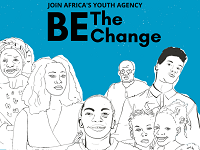 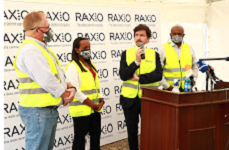