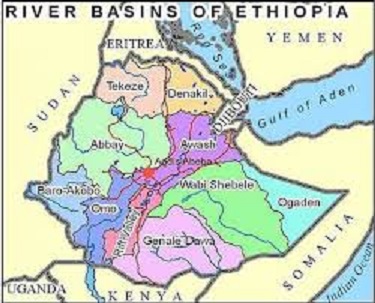 To boost its agricultural production and become food self-sufficient, the Government of Ethiopia is set to use the technology that uses iodine to collect cloud and turn into rainfall.

In the coming two month a team of experts will be applying the technology that will collect clouds and turn into rainfall, according to Prime Minister Abiy Ahmed. He made the remark during a meeting with his cabinet ministers last week at Koisha – the future tourist attraction of Ethiopia being built in Southern part of the country.

“In relation to metrology there is something we have started with UAE metrology. A plane will come. As you know we have huge amount of cloud. We also have huge reserve of iodine. It is possible to convert the cloud into rain. In this regard a team is organized and working towards that,” he said.

Abiy stressed that Ethiopia won’t be able to change its current agricultural system by waiting only to the natural cycle of rainfall. In a recorded and later transmitted on state broadcaster- ETV on Thursday evening, Abiy also advised the ministers to think of effectively utilizing the existing river streams such as Awash River, Lake Tana, by extending the routes into dry areas so that the farmers will use it for agriculture.

He noted that water is at the center of controversy, diplomacy, politics, and probably cause of war. “It is eminent that water will replace crude oil. Ethiopia is a country, which is not receiving water from any country, but giving to neighboring countries,” he said.

Among the cross-boundary rivers originating from Ethiopia are Abbay River – the longest river in the world that flows into the neighboring Sudan and Egypt. Wabi Shebelle, Genale and Dawa Rivers also flows to Somalia and Kenya, while Baro Akobo River goes into South Sudan.