“The parties discussed ongoing and potential new support to Ethiopia. The EXIM Bank support for currently ongoing projects exceeds $600 million. A recent support of $300 million has been signed under the Korea-Ethiopia Economic Development Cooperation Fund for the 2019-2020 period,” the PM offcie twitted.

Ethiopia was only African nation to send a battalion to the North-South Korea war. and the only nation where no soldier surrendered. Reports show that a total of 6,037 Ethiopian soldiers bravely fought in the Korean War for 5 years from May of 1951. A total of 122 Ethiopian soldiers were killed and more than 500 left wounded.

In the 1950s Ethiopia was in better condition compared to South Korea at the time both politically and economically. Meanwhile over the past seven decades while South Korea becomes one of the wealthiest nations in the world with per capita income of $25,000, Ethiopia dived into political crisis and extreme poverty becoming one of the poorest nations in the world today. 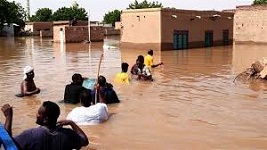