The multifaceted reforms Ethiopia has been undertaking for the past several months aim to broaden the participation of the private sector in the country’s economy, a official said.

Speaking at a round-table jointly organized by the UN Economic Commission for Africa (UNECA) and the World Bank, Ethiopia’s Finance Minister Ahmed Shide indicated that Ethiopia’s reform targets booting private sector role in the economy and increase competitiveness as it seeks to create decent jobs for its populace.

In a speech read on his behalf at a joint Economic Commission for Africa-World Bank Roundtable Workshop on Jobs and Economic Transformation, Mr. Shide said unemployment remained an issue in Ethiopia despite the country managing to sustain rapid growth for more than a decade and a half.

“A concern for policy makers in Ethiopia continues to be the ability to create adequate quality jobs,” he said, adding a recent survey revealed that while urban unemployment had decreased, overall unemployment had not declined in recent years hence the need to foster private sector participation in the economy.

“The government has been implementing strategies that focus on job creation, being fully cognizant that to create jobs, there needs to be a structural transformation from low productive sectors to high productive sectors,” the Minister said.

Mr. Shide said the service and hospitality sector has so far been the biggest job creator in Ethiopia.

Of the reforms, he said; “While we do not expect these reforms to be easy to transform the economy in the short to medium term, we believe we are moving in the right direction to spur further economic growth, increase the role of private sector in the economy, and harness the talents and skills of our predominantly young population,” he said.

The Minister added: “For a country like Ethiopia where two million new jobs need to be created, there is nothing more important than tying the job creation agenda with transformation efforts. I believe this forum will help us to think more clearly on how to go about it.”

Alan Kyerematen, Ghana’s Minister of Trade, urged development partners to move from studies and research to action if ordinary people on the ground are to feel the impact of their programmes.

“Action is what is needed if we are to see the much-needed progress or transformation,” he said, adding the World Bank has to scale-up the amount of resources it is putting in developing countries ‘if we are serious about economic transformation’ to avoid a ‘jobless transformation’.

Aïchatou Boulama Kané, Minister of Planning of Niger, said there was need for development partners to agree on the definition of unemployment.

“We have to agree on the definition of unemployment if we are to move together as one because what is termed unemployment is employment to some, especially in the rural and informal sectors,” she said, adding modernization of Africa’s rural areas was crucial to deter the exodus of the youth to urban areas; improve value chains and ensure farmers add value to their produce.

Participants agreed that Africa cannot develop and eradicate poverty if it continues to do business as usual. There’s need to raise agricultural productivity significantly and creating value chains for decent paying jobs, among other actions. 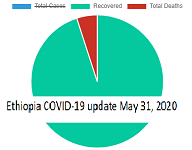