As part of the ongoing reform, the Federal Police of Ethiopia has restructured itself having air wing / department for the first time.

The addition of air operation is aimed at allowing the institution to operate helicopters and related flying objects including drones, which can be used for tracking criminals.

Having air wing is aimed at improving the operations of the federal police facilitating tracking of criminals and suspects. This is indicated by Endashaw Tassew, Ethiopia Federal Police Commissioner, who briefed reporters this morning.

The inclusion of air team in the federal police is expected to ease the Ethiopia’s fight against people engaged in contraband cross border trade and those engaged in smuggling weapons, drugs as well as human traffickers.

It is also expected to ease the security operations in cities as well as by escorting VIPs and managing demonstrations in coordination with ground forces, among others.

Based on the reform, the Federal Police of Ethiopia is now structured in four major clusters covering Northern, Southern, Western and Eastern part of the country.

The Commissioner also stated that a new law, which will clearly define the types of weapons federal police, special forces and regional militias are entitled to carry, is drafted.

Over the past few moths the federal police has also began exercising reform to avoid human rights violations of suspects during investigations, according to the Commissioner, who indicated that investigations and interrogations are now being handled in rooms with glass window, which allow third party to see the investigation process.

The Commissioner also indicated that the Federal Police will have a special force., which can deal quickly and professionally with special circumstances. The members of special force are currently taking training, according to Commissioner Endashaw. 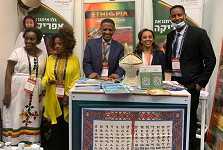