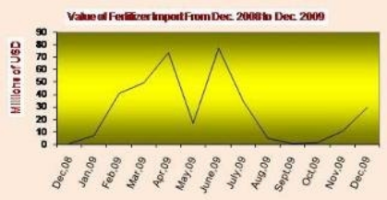 Africa is increasingly moving to the center stage of global trade as its total trade tops $1 trillion in 2016, says Dr. Benedict Oramah, President of the African Export-Import Bank (Afreximbank).

He made the remark on Monday in Minsk addressing participants at the opening of the two-day Belarus-Africa Forum. Africa was in a hurry for development and that the continent boasted th

e youngest and most vibrant people, with 40 per cent of the population expected to be below the age of 30 by 2030, according to Dr. Oramah.

Touting the trade opportunities in Africa, he said that demand for investment goods was high and growing rapidly and that Africa needed an estimated $93 billion infrastructure investment annually for the next 10 years in order to close its huge infrastructure gap.

Dr. Oramah said that Africa required partners but not those that were merely interested in selling consumption goods to it or that saw the continent as a “beverage” economy, only good at producing low priced and volatile commodities.

Instead, “Africa needs partners that can accompany it on the path to sustainable development; partners that can share their experiences about how to rise from poverty and deprivation to wealth and affluence; partners that can engage it in a fair exchange of goods and services; and partners that are willing to share their knowledge, technology and expertise so that together they and Africa can reap the promise of converting the potentials of Africa into kinetics,” stated the President.

Describing Belarus as the kind of partner Africa needed, Dr. Oramah that the country presented an immense opportunity as a source of affordable investment goods needed for development, citing its factories that churned out tons of heavy equipment and tractors and its expertise in mining and ICT.

He announced that Afreximbank and the Development Bank of Belarus had put in place an $800 million Belarus-Africa Trade and Investment Finance Facility to provide trade and project financing and risk cover for African and Belarusian entities to support trade between Africa and Belarus.

Afreximbank also had risk bearing facilities that could protect Belarusian companies engaged in business and investment activities in Africa, continued Dr. Oramah. The Bank, in addition, implemented country risk and investment guarantees as well as a guarantee program in support of African government commitments to project promoters.

Earlier, Valentin Rybakov, Vice Minister for Foreign Affairs of Belarus, said that the country believed that the time had come to enhance relations with Africa and identified the areas of common interest to include agriculture, land development, industrialization and public development.

He said that with the increased Belarusian focus on Africa, the country’s trade with the continent had grown from almost no value a few years ago to current annual figures running into millions of dollars.

Belarus was not just interested in trading with Africa by simply buying and selling but wanted to collaborate with the continent through launching and cooperating in businesses promoting and creating jobs across the continent. It also wanted to participate in the continent’s industrialization.

Also addressing the ceremony was Igor Brylo, Vice Minister of Agriculture of Belarus, and Ivan Varenitsa, Deputy Chairman of the Management Board of the Development Bank of Belarus.

Afreximbank is the foremost Pan-African multilateral financial institution devoted to financing and promoting intra- and extra-African trade. The Bank was established in October 1993 by African governments, African private and institutional investors, and non-African investors.

Its two basic constitutive documents are the Establishment Agreement, which gives it the status of an international organization, and the Charter, which governs its corporate structure and operations. Since 1994, it has approved more than $51 billion in credit facilities for African businesses, including about $10.3 billion in 2016.