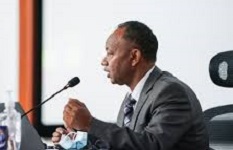 By Sisay Woubeshet – The construction cost of the Great Ethiopian Renaissance Dam (GERD) will cost the country more than double the initial estimated investment plan when it will be completed after three years.

He stated that to finalize the remaining construction work of GERD in the coming three years, Ethiopia is expected to invest an additional 40 billion birr. The construction of the 6,000 megawatts electricity capacity hydropower project was launched nine years ago and was estimated to cost a total of 78 billion birr.

After nine years last July the first impoundment of GERD with 4.9 billion cubic liters of water took place. When it fully goes operational GERD is expected to hold 74 billion cubic meters of water, which can also be used for fishery and be able to irrigate some half a million hectares of land.

Ethiopia, which has been known for suffering from frequent drought has not been able to turn its water resources for irrigation farming like the downstream countries of the Nile such as, Sudan and Egypt. The construction of GERD is expected to double the current electricity generation of Ethiopia and help the country boost its food production cutting its every increasing food import bill, among others.

Appreciating the progress of the construction of GERD, Prime Minister Abiy Ahmed stressed that the project shows Ethiopians commitment to stick together on national interest projects even during regime changes. It was in the 1960s that the idea of having big dam on the Abay River was proposed by the Emperor Haile Selassie I of Ethiopia.

The Emperor than ordered the Americans to study the project, which is now called GERD. Meanwhile, Emperor Haile Selassie took the final study from the Americans and kept it saying that “the next generation will build it” when the time comes. And four decades later the late Prime Minister Meles Zenawi laid the foundation stone for the construction of GERD in 2009. 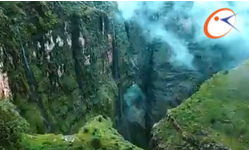 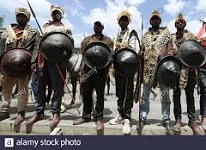 Ethiopia to celebrate its victory that ‘turned the world upside down’