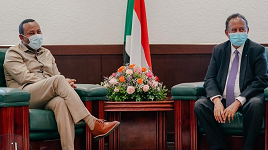 Prime Minister Abiy Ahmed of Ethiopia arrived Khartoum, Sudan this morning for an official state visit accompanied by his officials.

The two neighboring countries are linked with a long border of 1,600 kilometres. The two countries are also linked with one of the longest river in the world, the Abbay River, which becomes the Blue Nile in Khartoum and end its journey in the Mediterranean Sea after passing through Egypt. In recent years Sudan and Egypt have been expressing their concern about Ethiopia’s 6,000 megawatts hydro dam built on the Abbay River.

Ethiopia has began filling water the dam, Great Ethiopian Reconnaissance Dam (GERD) last month with 4.9 billion cubic meters of water. Ethiopia expects to conclude the filling of the 74 billion cubic meters of water dam with four to seven years, which Egypt and Sudan fear that it will reduce the amount of water the two countries used to get from the Abbay River of Ethiopia. During the visit, Prime Minister and his delegation is expected to discuss the pending issues in relation to water filling of the GERD, among others. 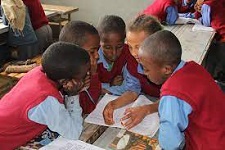