The government has secured 85.629 billion birr (around $3.1 billion) external financing in the first six months of its current fiscal year started July 8, 2028.

The money has come in the form of loan and aid, according to Haji Ebsa, Public Relations head of the Ministry of Finance of Ethiopia, who briefed journalists on Friday. Of the total around $2 billion came as aid and external assistance while the remaining was loan.

The sources of finance include from countries and multilateral organizations such as, the World Bank, African Development Bank.

When the reformist Prime Minister Abiy Ahmed took power last March, the country was experiencing severe financial shortage and liquidity. But it didn’t take much time for Prime Minister Abiy to secure $3 billion investment from the government of the United Emirates, of which one billion was deposited immediately into the central bank – the National Bank of Ethiopia.

The shortage of hard currency and the pressure from the lenders such as China, has also forced the government of Ethiopia to launch privatization process of the mega state enterprises such as, Ethio telecom, Ethiopian Airlines and its power company and shipping lines, among others.

Justifying why it is going to privatize the mega state enterprises, the government has indicated that Ethiopia’s external debt has exceeded $26 billion dollars moving the country into the highly indebted countries category. Currently Ethiopia’s total debt represents 44% of its GDP. Ethiopia’ s total debt two years ago was 30.7% of its GDP, according to the IMF. 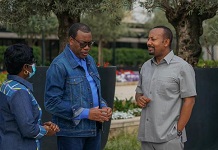 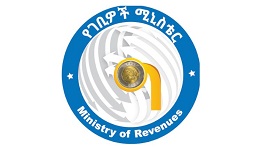