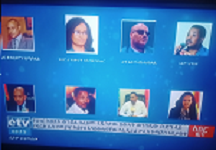 The Government of Ethiopia today announced a 10 million Birr (about $250,000) reward for anyone who informs the whereabouts of Tigray People Liberation Front (TPLF) fugitives wanted for treason.

“Birr 10 million bounty announced to be given to anyone who identifies and reveals the locations of the fugitive members of the criminal clique,” twitted fact checking page of the command post in charge of the state of emergency in Tigray Region. The army officer who announced the reward didn’t mentioned the details of the rewards. Tigray region of Ethiopia used to be government by the TPLF from 1991 till about a month ago when its militias attacked the federal command of Ethiopia army which reacted and ended TPLF administration in the Tigray within less than month military attack.

After the liberating almost all cities and towns of Tigray from the TPLF, the Government of Ethiopia has been assigning interim administration composed of the local people in Tigray. The decision to establish an interim administration until Ethiopia holds its general election in the coming May of early June 2021 was made by the Ethiopian Parliament.

It is recalled that the TPLF, which has been ruling Ethiopia since May 1991 until April 2018 as dominant party in the ruling coalition (Ethiopian Peoples’ Revolutionary Democratic Front (EPRDF). Meanwhile when in April 2018 the EPRDF elected Abiy Ahmed, who automatically replaced the resigned Prime Minister Haile Mariam Desalegn, TPLF has been at loggerheads with the federal government of Ethiopia.

Birr 10 million bounty announced to be given to anyone who identifies and reveals the locations of the fugitive members of the criminal clique.


The federal government has been indicating that most of the old guards of the TPLF have been provoking the federal government of Ethiopia by sponsoring various ethnic clashes in different parts of the country, which includes assassination attempt of Prime Minister Abiy Ahmed in Addis Ababa.

A few months before TPLF has attacked the northern army command based in Tigray region, which admitted, the hardliners in the former rebel group have held election in Tigray region refusing to obey Ethiopian parliament’s decision to postpone general election of the country because of the global pandemic – coronavirus.

Refusing to join the majority of the TPLF hardliners, some progressing in the leadership have decided to join the prosperity party led by Abiy Ahmed (PhD) who managed to convert the ruling coalition into one political party by bringing aboard the leadership of the five peripheral region of Ethiopia Somali, Afar, Gambella, Benishangul Gumz, and Harari.

Meanwhile the confrontation between the federal government led by Abiy Ahmed and the regional administration of Tigray led by Debretsion Gebremichael (PhD) is worsened when the latter refused to hand over individuals wanted for mega corruption and human rights violations such as, the former spy chief, Getachew Asseffa.