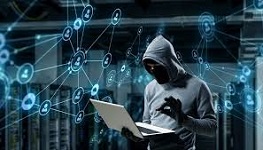 As the dispute between Egypt and Ethiopia over the Nile dam escalates, the Government of latter said it has foiled cyber attacks orchestrated by Egypt based cyber-criminals and hackers.

Information and Network Security Agency (INSA) of Ethiopia said it has foiled various cyber attacks orchestrated by Egypt based cyber criminals on June 17, 19, 20 and 21, 2020. In its statement INSA stated that the cyber attacks were aimed at creating disruption to the economic and political activities of the Government of Ethiopia.

INSA noted that the cyber criminals have made preparations for longtime and attempted a severe attack on institutions and ICT infrastructures especially, on Friday and Saturday (June 19 and 20, 2020). Attackers tried to disrupt 13 public, security organizations and four nongovernmental organizations websites.

Earlier the weekend, Cyber Hopes Group, Anubis.Hacker and Security Bypass have claimed responsibility of undertaking the attack on Ethiopia indicating that they continue to do so unless Ethiopian Government stops its plan to start filling water its mega dam using the Nile River.
INSA stated that the cyber attacks would have posed complicated economic, political and psychological pressure in Ethiopia had the agency failed to combat the attempted assault.