The African Development Bank through its Trade Finance operations has signed a US$20 million facility to finance Meridian’s operations in Malawi, Mozambique and Zimbabwe.

Specifically, the facility will provide funding to purchase farm inputs (mainly fertilizer) to be supplied to farmers to ensure consistency and quality of the commodities being supplied to Meridian. In addition, the facility will provide funding to purchase soft commodities from over 10,000 farmers in Malawi, Zimbabwe and Mozambique and provide Meridian with working capital to engage in basic processing of the soft commodities prior to export.

It will enable the Bank to reach small-scale farmers indirectly through a regional aggregator (Meridian) that understands the market in which it has accumulated a 40-year track record; understands the operational risks and is able to mitigate and manage them.

Established in 1970 to assist small scale farmers, Meridian focuses on production and supply of various agricultural inputs/outputs through a chain of vertically integrated subsidiaries in Malawi, Mozambique, South Africa, Zambia and Zimbabwe.

The company currently employs over 4,200 workers and remains one of Southern African Development Community (SADC)’s largest commodity aggregators, distributing over 250,000 metric tons of goods per annum throughout the region. Meridian is also a major buyer of soft commodities from small-scale farmers using its retail network of over 120 shops spread across rural areas. Among its shareholders is the African Agriculture Fund (AAF), in which the Bank holds a 20% stake.

Thus, as one of the largest commodity aggregators in Southern Africa, the Meridian group plays a significant role in the promotion of agribusiness in five countries where its operations are in line with four of the Bank’s High 5 development priorities (Feed Africa, Industrialize Africa, Integrate Africa, and Improve the quality of life for the people of Africa).

Meridian’s key markets are Malawi, Mozambique, Zambia and Zimbabwe. Agriculture in these four countries accounts for approximately 32% of GDP and provides a livelihood to 81% of the population in the form of smallholder subsistence farming (56 million people). The group uses its retail outlets to distribute farming inputs such as fertilizer, seeds and hardware products to small-scale farmers.

The project aligns with the Bank’s core operational priority of private sector development as articulated in the Ten-Year Strategy (2013-2022), and “Feed Africa” High5 priority which aims to make Africa a net food exporter, self-sufficient in key commodities and operate commercially viable agribusinesses.

The operation is consistent with the Bank’s Trade Finance Program, which aims to promote exports through support to agriculture and SMEs. Through its Financial Sector Development Policy and Strategy (2014–2019) the Bank seeks to broaden and deepen Africa’s financial systems. Strengthening agricultural value chains and supporting small producers to compete in regional markets through its public and private sector windows is a key priority for the Bank in Mozambique. This operation adds to ongoing US$120 million of projects in the agricultural sector that the Bank is currently implementing in Mozambique. 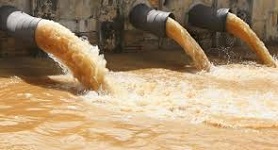