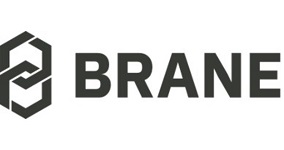 Brane Inc., a leading cryptocurrency custodian, announced today that it plans to become a publicly traded company in fall 2021.

The strategy will advance Brane’s intention to become the first made-in-Canada qualified custodian for digital assets, providing Canadian financial institutions and investors with a domestic, industry-leading custody solution in a space currently dominated by a single U.S. company.

Brane has signed a letter of intent with Timeless Capital Corp., a capital pool company listed on the TSX Venture Exchange, for a reverse takeover transaction that will result in Brane’s public listing on the Exchange, subject to regulatory approvals.

“Becoming a public company will be another significant step in our mission of bringing a truly Canadian, regulatory compliant custody solution to the world’s new asset class. We have a strong working relationship with the team at Timeless Capital Corp., and we look forward to a long and productive future together,” said Adam Miron, Brane’s Chairman and Interim CEO. Miron is co-founder of HEXO Corp., which debuted its first public listing on the TSX Venture before listing on the TSX and NYSE with continued high trading volumes. “Make no mistake: we consider it unacceptable that Canadian investors and institutions are forced to rely on a single US custodian, which also operates an exchange, for their crypto assets. Brane’s public listing is our next step to changing that for good.”

Brane’s board of directors will remain the same, including Ontario’s 24th Premier, Dalton McGuinty, and Dave Revell, former Global Chief Information Officer and EVP at CIBC, and the recent addition of Sheldon Bennett, CEO of DMG Blockchain Solutions.

“Our go-public transaction will provide Brane with the capital to execute an aggressive global acquisition and expansion strategy, further strengthening our world-class offering while maintaining our relentless focus on independent, unconflicted crypto custody,” said Jerome Dwight, Brane’s President and the former CEO of Bank of New York Mellon Canada, part of the world’s largest custody bank. “We believe strongly that crypto custodians should be unconflicted and independent of any exchange or trading platform. Brane’s independence, cutting-edge technology, strong regulatory compliance systems, and experienced leadership team position us to lead the industry as mainstream adoption of crypto assets gathers momentum.”

Timeless Capital Corp’s release on the transaction can be found here.