“We have received inside information that by recording this acts, TPLF is planning to falsely accuse the Ethiopian Army for killing civilians,” Major General Mohammed Tessema, head of ENDF Indoctrination told the state broadcaster – ETV last night. He indicated that the TPLF is planning to undertake a genocide like “it did recently at Maykadra”.

General Mohammed urged the people in Mekele to be aware of the plan of the TPLF leaders and not to be used for such acts, which will ultimately make them accountable for genocide. General Mohammed made the statement as ENF has encircled the capital of Tigray Region Mekele, where the TPLF fugitives are hiding.

The federal attorney general of Ethiopia, Gedion Timothios (PhD) on Monday stated that it has issued arrest warrant for 167 TPLF leaders and their associates who are wanted for high treason and terrorism, among others.

Refusing to accept the election of Abiy Ahmed as chairman of the ruling coalition (Ethiopian Peoples’ Revolutionary Democratic Front) in April 2018, most of the old guards of the TPLF have been at loggerheads with the federal government. When the ruling coalition which was made of four political parties – TPLF, Oromo, Amhara, and Southern parts of the country is merged about a year ago based on the previous decisions of EPRDF, TPLF has refused to be part of it. Prosperity Party has also brought aboard previously neglected political parties who were ruling the preimperial parts of Ethiopia, Somali, Afar, Benishangul Gums, Gambella and Harari to be equal members in the party for the first time.

Meanwhile some of the progressive leaders of TPLF have joined the merged ruling coalition branded, Prosperity Party and led by Prime Minister Abiy Ahmed. After taking power, Prime Minister Abiy publicly apologized for the human rights crimes and mega corruption the EPRDF dominated by the TPLF was engaged in and launched political and economic reforms.

Brief illustrative summary of efforts to reconcile with TPLF that have been thwarted since 2018. 1/2 pic.twitter.com/ymxGw6hONf

Meanwhile Abiy Ahmed’s reforms have faced several challenges including conflicts in different parts of the country, which the federal government says is sponsored by the TPLF ‘junta”, who refused to appear in federal court for the alleged human rights crimes and mega corruption.

After the federal government issued arrest warrants for some of the major leaders of TPLF, which involves the former intelligence chief, Getachew Assefa, the TPLF leaders have run to Mekele city from where they reportedly conspired to launch military attack on the northern command of Ethiopian Army based in Tigray region on November 4, 2020.

After coming to power in 1991 through arms struggle, TPLF has introduced ethnic politics in Ethiopia where it managed to maintain its political and economic dominance with its divide and rule policy. Meanwhile the lives of the people in Tigray, which represents 6 percent of the total population of Ethiopia 110 million people and TPLF brags to represent, have not been changed so far.

During the war the Derg regime of Ethiopia, from 1974 to 1991, most of the poor families in Tigray have lost their children and family members, but not benefited after TPLF came to power, according to critic who mention as one example the failure of the TPLF to addressee drinking water problem in the capital Mekele, when TPLF was on power for 27 plus years.

On the contrary reports show that most of the leaders of the TPLF have managed to send their kids in prestigious schools in Europe and North America. As the 72 hours ultimatum is now running fast, the question now is, ‘will the TPLF leaders use the remaining 34 hours to surrender and save Mekele and its inhabitants from massive destruction?’ 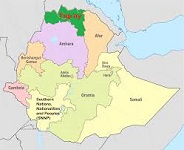 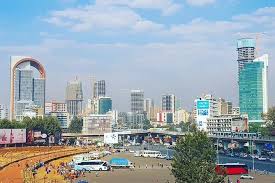