“I mean, again, difficult to tell motivation, but it seems like they were doing this more to depose the prime minister from power and to reassert themselves into the prominent position that they had atop the Ethiopian political spectrum for the last 27 years,” said U.S. Assistant Secretary for African Affairs Tibor Nagy, who on Thursday briefed journalists with the U.S. Ambassador to Ethiopia Michael A. Raynor.

“So hopefully right now I think that their tactic has had the opposite effect from what they were planning. And Mike can confirm this, but it seems like this has brought the Ethiopian nation together, at least for the time being, in support of the prime minister, because this has really stoked Ethiopian nationalism, and hopefully that that – those positive forces will remain,” he said.

“But again, I want to make it very clear that this is not about Tigray. There is no equivalency here. This is not two sovereign states fighting against each other. This is a faction of the government running a region in Ethiopia that has decided to undertake hostilities against the central government, and it has not – in my view – has had the effect that they thought that they were going to get,” said Assistant Secretary for African Affairs Tibor Nagy.

Mai-Kadra massacre
Commenting on the alleged massacre of hundreds of civilians by TPLF, Assistant Secretary for African Affairs Tibor Nagy said, “We remain deeply concerned over reports that civilians have been purposely targeted and attacked. We condemn the November 12 massacre in Mai-Kadra, apparently perpetrated by TPLF soldiers and militia as they retreated from the town. We urge independent investigations of all reports of atrocities and attacks against civilians. Those found responsible must be held accountable in accordance with the law.”

Following the attack of its northern command by TPLF militia, the Government of Ethiopia led by Prime Minister Abiy Ahmed who is also commander in chief of the Ethiopian Army has launched an offensive in Tigray region to bring to justice the leaders who were initially charged for grand corruption and crimes against humanity including torture of prisoners.

When they were dominating Ethiopian politics and economy from May 1991 to April 2018, Ethiopia has witnessed grave human rights violations recorded by many international human rights groups. Among the top TPLF officials who refused to appear in court and hide in Tigray Region include the former spy chief, Getachew Assefa.

After the northern command attack by TPLF, the government of Ethiopia announced a six month of state of emergency in Tigray Region. It also has issued arrest warrant for 76 army officers, many TPLF officials for treason, war crimes, crime against humanity and mega corruption, among others. Since the offensive is launched by the Ethiopian National defense force, the army has been reporting that it has liberated most of the towns in Tigray encircling Mekelle City, the capital of Tigray Region, where the last battle is expected in the coming days.

In the towns liberated from TPLF, the Tigray Interim Administration established by Ethiopian Government recently has said it is moving to bring life to normal and welcome the people exiled to neighboring Sudan in fear of the ongoing battle between the federal government and the TPLF militia, which is described as, ‘very amateur’ by the spokesperson of the state of Emergency command post Ambassador Redwan Hussein. 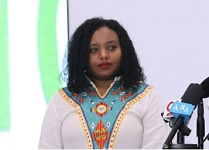 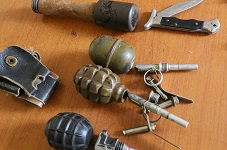