From South Africa, Washington and Australia, to Canada and Germany, Ethiopians and Eritreans have opposed sanctions, war and meddling of Western countries against their countries.

Following the last November of attack on Ethiopian northern military command by the Tigray Peoples Liberation Front (TPLF), the United States and its allies have been extending support to the TRPLF, which is designated as a terrorist group by the Ethiopian Parliament.

Using their media outlets such as, the CNN, BBC, Reuters and Associated Press, among others, the U.S. led Western countries have been disseminating propaganda against the democratically elected Government of Ethiopia led by Prime Minister Abiy Ahmed.

Since the conflict began the United States and the European Union (EU) have been announcing sanctions indicating that the Government of Ethiopia has blocked aid to Tigray region and engaged in human rights violations.

Even though the TPLF has admitted starting the war to come to power with arms, neither EU or the United States have not been able to condemn the treasonous act of the terrorist group.

Instead reports show that the Western countries have been engaged in providing satellite image support about the locations of Ethiopian troops helping the TPLF to invade other regions of Ethiopia many the Afar and Amhara regions.

Instead of condemning the military attacks and destructions of properties and displacements of millions by the TPLF continued attacks, the U.S. and its propaganda machines have been disseminating fake reports claiming that the rebels are 25 kilometers away to conquer the capital of Ethiopia – Addis Ababa.

Following these fake reports disseminated two weeks ago, Washington has hosted and announced the formation a confederation group comprising several political parties including the TPLF.

In an attempt to increase its pressure on the Government of Ethiopia, the U.S. and its allies have tabled the conflict in Ethiopia at the UN Security Council for over a dozen times including in relation to the construction of the Great Ethiopian Renaissance Dam (GERD).

Meanwhile, all attempts of the U.S., Egypt, Ireland, among others to meddle in the internal affairs of Ethiopia have failed because Russia and China, which are among the permanent security council members have voted no to the proposed sanctions by the UNSC.

Now to increase its pressure on the democratically elected Government of the sovereign nation, U.S. Secretary of State Antini Bliken at the moment is touring in three African nation – Nigeria, Kenya, and Senegal, whose leaders have attended the recent inaugural ceremony of Prime Minister Abiy Ahmed.

Since the Ethiopians have realized the misguided foreign policy of President Biden Administration and its allies is aimed at regime change in the East African country supporting the terrorist group, which was their partners during the period it ruled Ethiopia between 1991-2018, Ethiopians all over the world have been demonstrating under the hash tag #NoMore.

Last week, Ethiopians in the diaspora have also demonstrated against the Western propaganda and U.S meddling in the internal affairs of Ethiopia in a dozen countries including London, Canada, Italy, Switzerland, among others.

The #NoMore online and offline campaign against the Western neo-colonization has now becoming an African campaign involving individuals from many countries within the continent and beyond by the people who support the just cause of Ethiopia to remain sovereign and independent.

A sister from Nigeria 🇳🇬 Africans are enriched when we bond with one another. Ethiopians deeply appreciate the support and solidarity by our African brothers and sisters #NoMore ⁦@HermelaTV⁩ ⁦@jeffpropulsion⁩ ⁦@SuleimanAbdell7⁩ @nafyadwakjira3 @DendeaTaye pic.twitter.com/K0HnW1qjUH 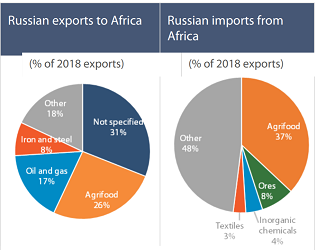 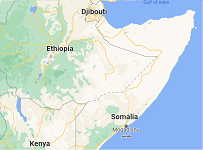 US calls for rapid credible election in Somalia