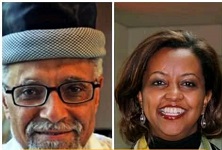 The democratically elected Government of Ethiopia has said it will not tolerate any more the people who are engaged practically in the formation of transitional government that undermines the voices of the people of Ethiopia.

In a statement the body in charge of executing the six months state of Emergency in Ethiopia announced a month ago, on Thursday evening said the Government and the people are taking coordinated legal and timely measures to reverse the attack on our country’s sovereignty.The people of Ethiopia voted for the current Government led by Prosperity Party during the last June general election.

The Government statement released last night indicated that “the security forces are allowed to take necessary measures” against those who are engaged in practical activities with the aim of establishing transitional government or other illegal form of government in Ethiopia.

The statement of the Government came a day after a leaked zoom video meeting that reveals discussions of Western active and former diplomats with core leader and members of Tigray Peoples Liberation Front (TPLF) to overthrow the democratically elected Government of Abiy Ahmed and establish transitional government in Ethiopia.

Since the war between TPLF and Ethiopian national defense force started in the northern part a year ago, the United States and European Union have been pressuring the Government of Ethiopia led by Prime Minister Abiy Ahmed with sanctions.

These countries mainly United States, United Kingdom, Ireland, France among others, have also been engaged in a massive media campaign using their media outlets such as CNN, BBC, AFP, and Reuters, among others to disseminate fake news favoring TPLF and defaming the Government of Ethiopia.

In what is described to terrorize the people of Ethiopia and the expats living in the country, the Government of Ethiopia on Thursday criticized the frequent ‘potential terrorist attack warning in Addis Ababa’ by the U.S. Embassy in Addis Ababa. 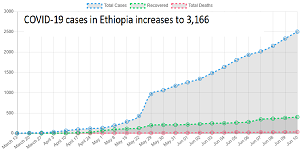